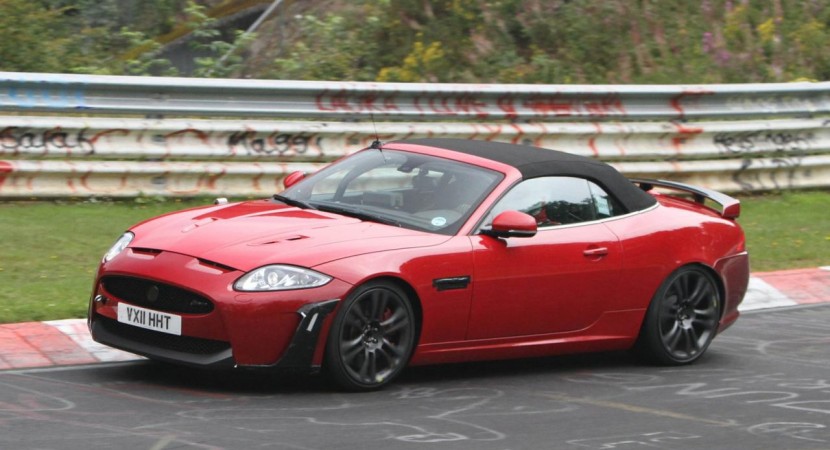 If seeing custom built Jaguar convertibles isn’t to your liking, then perhaps seeing this is: the open top version of the British cat’s XKR-S.

The XKR-S is the British company’s fastest and most expensive model, therefore a flagship. Adding the convertible effect to the mix can’t be wrong in any way shape or form. 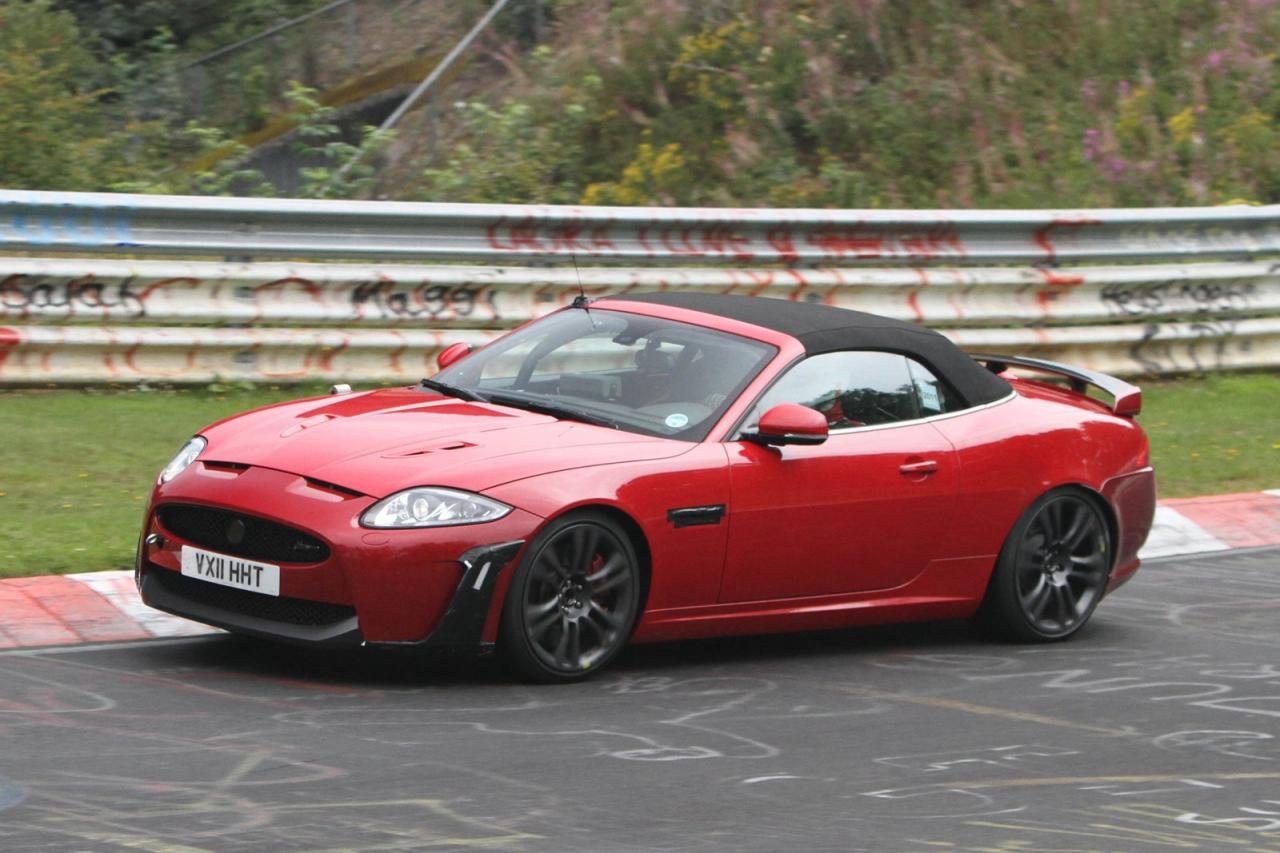 Some of the naysayers would claim that a loss of rigidity could be a problem for the big cat but let’s face it, despite all the advertising, the Jaguar XKR-S isn’t a performance benchmark by no means.

Getting back to the soft top version of the Jaguar XKR-S, spy photographers found it being tested around the infamous Nurburgring circuit. 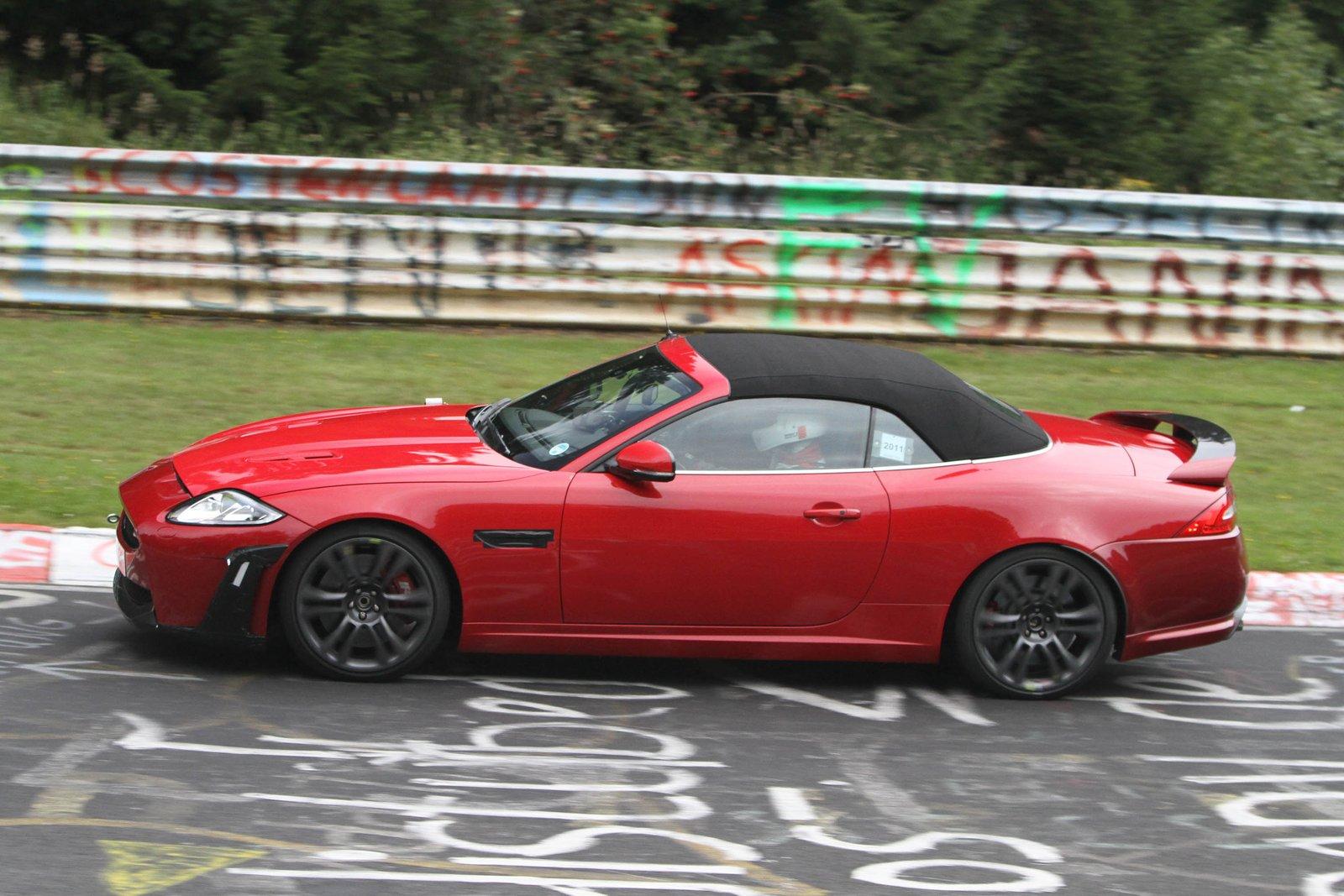 Since reports from these photographers claim that the top end Jaguar was acting quite composed through the corners and since there was little camo on it, it seems that this car could actually be closer to an official launch than we imagine.

Now let’s sit down and think for a while, where would Jaguar find a better place to introduce the XKR-S Convertible than the Frankfurt Motor Show, the one coming up next month. 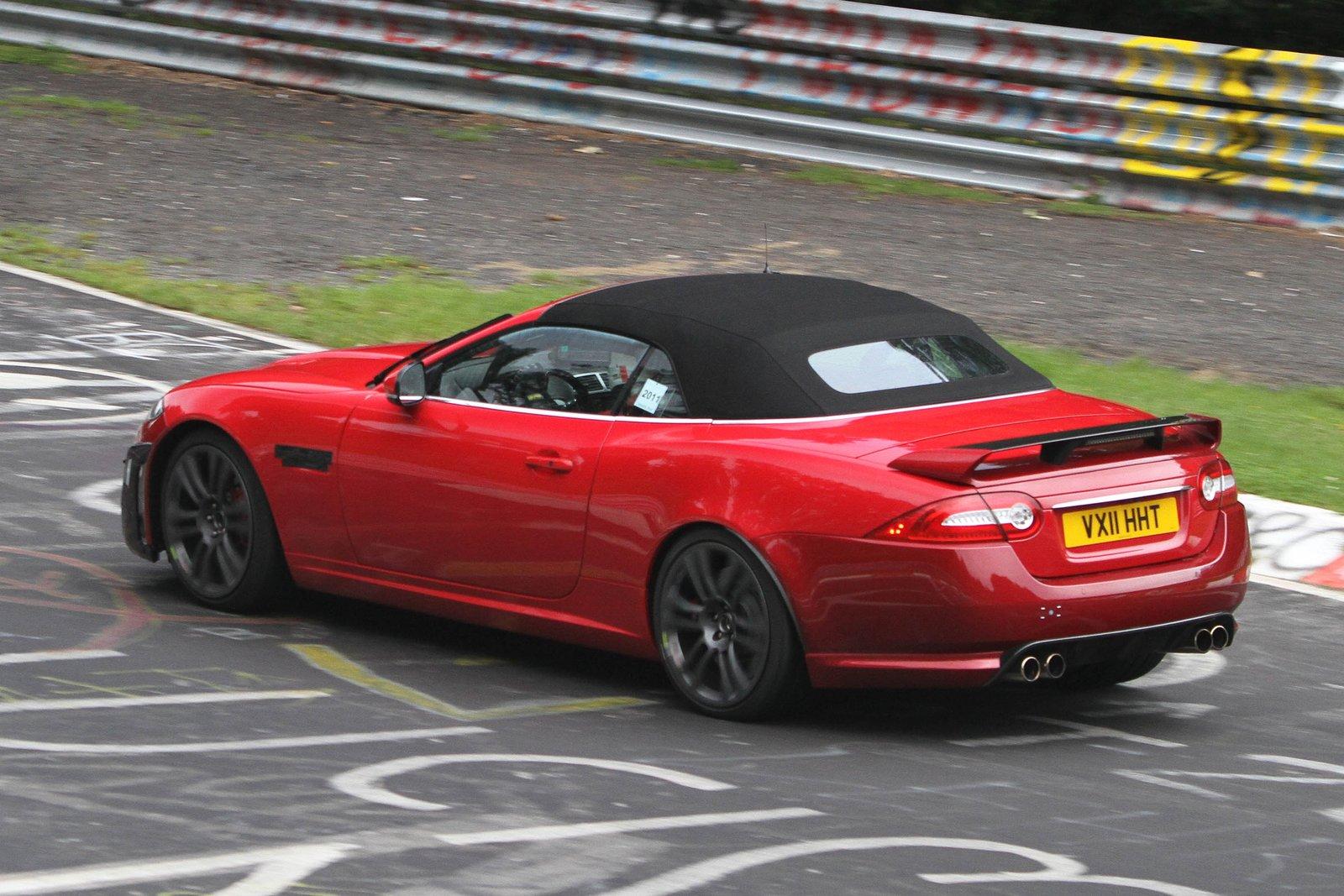 Under the bonnet, we can’t really expect any new engine to be ready on time but that’s not as bad as it sounds since the Jaguar XKR-S coupe has a very tasty 5.0 liter supercharged V8 which develops 550 horsepower and 502 pound-feet of torque.