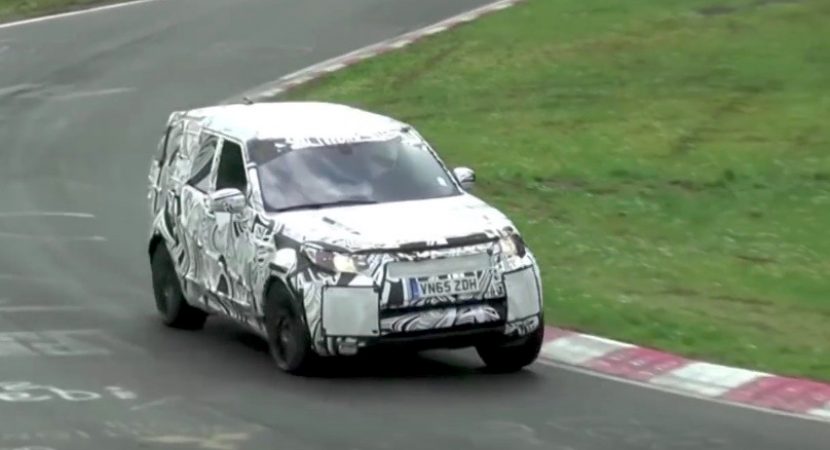 There is quite a buzz at the Nurburgring these days, with a lot of carmakers like Porsche or Audi testing out their latest prototypes. Land Rover completes the scenery with its newest Discovery edition, the test mule being also spied in a video while performing some tests.

As we can depict from the spy video, the upcoming Discovery is fully camouflaged, indicating a lot of serious modifications before its arrival somewhere in 2017 as a 2018 YM.

Visually, the 2018 Land Rover Discovery would borrow styling elements from the Discovery Vision Concept, the same ones seen on the Discovery Sport as well.

As most of the latest Land Rover models, this lad here will also stand on the company`s new platform, all built from aluminum, which will shed off a lot from its 2.5-tone body. Losing weight will eventually lead to improved performance and increased driving capabilities.

Also, the rumor mill states that the British carmaker is planning two Discovery versions, one used for driving pleasure, accommodating a seven-seater option, and the second one oriented towards off-road capabilities, possibly leading the way to a future Defender SUV.

With this idea in mind, we should expect a whole new generation of engines adapted for each version. More info on the SUV`s new powertrain will be known at a later date, meanwhile, enjoy the spy video with the hot model at the Ring!