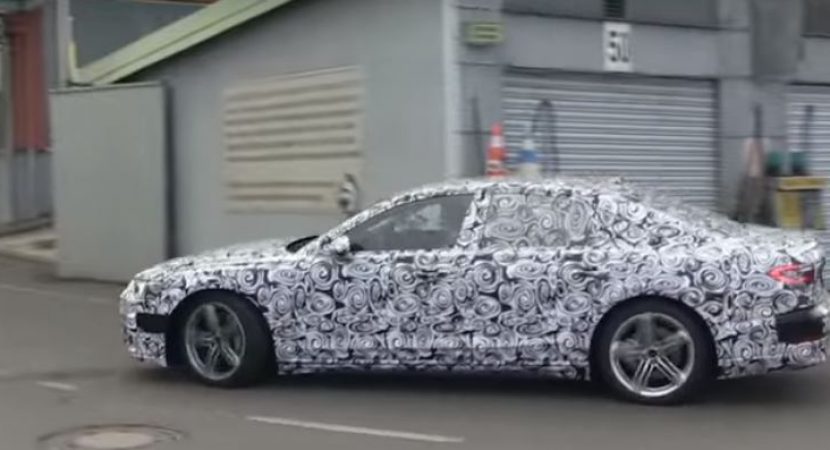 A lot of important carmakers are busy testing out their latest rides at the Nurburgring, with Porsche preparing its latest edition Cayenne or the 2018 Land Rover Discovery undergoing some rough practicing around the track.

Now it was Audi`s turn to send the 2018 A4 for some muscle flexing at the Ring, the model also being caught on a spy video while running full laps.

As we can depict from the video the 2018 Audi A4 sedan is going to be big, nervous and extremely aggressive in terms of design, and even if it wears full camouflage, we might foresee the body styling changes.

If you paid attention to the Prologue`s unveiling a couple of months ago, then you should immediately depict its resemblance with the all-new A8, the model coming as well with distinctive and wide grille, angular headlights, and sloping roofline flowing down the rear end.

The same as other models within the VW Group, the 2018 Audi A8 will also underpin the latest MLB Evo architecture, meaning lightweight components for improved performance and handling characteristics.

Speaking about performance, the 2018 Audi A8 is believed to come with some impressive mills, including a 4.0-liter diesel V8 with an electric motor, a V6 diesel, a more potent 6.0-liter W12 bi-turbo, adding a hybrid and a full-electric version, later on.

The details list is rather scarce at the moment, but we should expect fresh details around its official unveiling next year, presuming at the 2017 Geneva Motor Show. Once it will emerge on the market, the model will become the main rival of the Mercedes-Benz S-Class or BMW 7-Series.