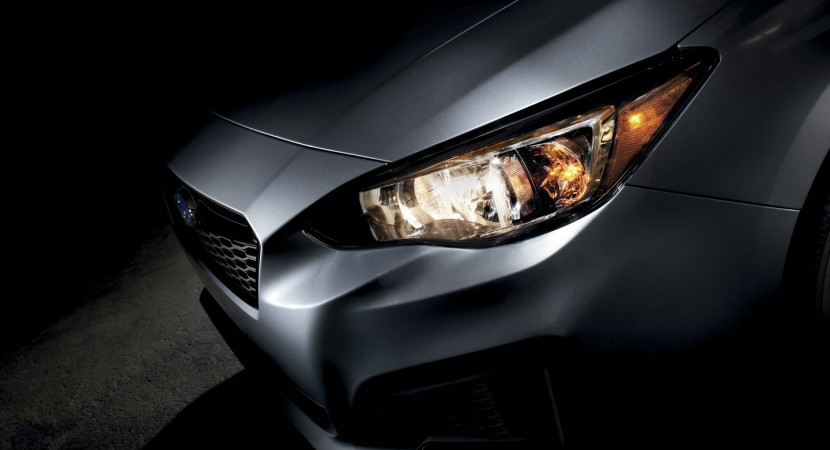 The 2016 New York Auto Show, another important auto event, is preparing to open its gates later on this month, with a lot of carmakers to get ready for a fresh start. Subaru didn’t waste any time and has already presented the all-new 2017 Impreza in its first teaser image.

The 2017 Subaru Impreza will part of the company`s “Prominence 2020” and was first previewed last year by the Impreza 5-Door and Impreza Sedan concepts. However, we are not sure if the carmaker will introduce both versions or just one of them.

Following some news a couple of days ago concerning the new platform that the Impreza will be standing on, the carmaker has also announced that the architecture will offer its models advanced driving dynamics and improved maneuverability.

This means that the 2017 Subaru Impreza will come with a one-hundred percent rigidity than the previous model, reducing as well the body roll by fifty percent due to the “new stabilizer mounted directly to the body.”

Little it is known about the powertrains that the 2016 Subaru Impreza will be coming with, but rumors have it that it would pack downsized yet more powerful turbocharged mills, hooked to a standard six-speed manual transmission or an optional CVT. More details will be announced on the 23rd of March, at the 2016 New York Auto Show.