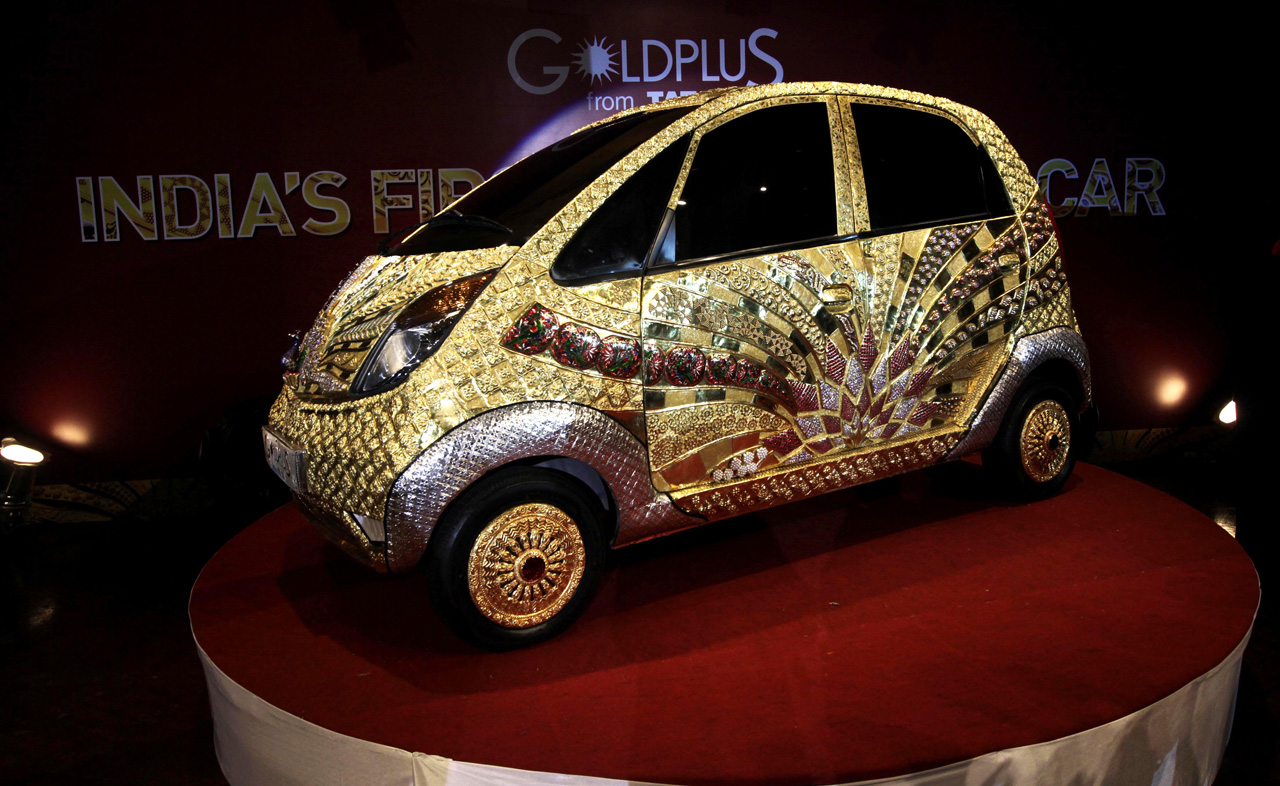 Albeit quiet for some time now, the Indian Tata Nano is still the cheapest new car money can buy nowadays. Certainly, it’s far from desirable but at least it’s great value.

With a considerable amount of boredom thrown around, an even larger amount money on hand courtesy of Gold Plus jewelry stores we find ourselves looking at something of an oxymoron.

It’s an expensive, make that incredibly expensive, Tata Nano that is, weirdly, what I would define as a complex analogy of India.

This country isn’t known as the land of contrast for no reason. A 4.6 million dollar Tata Nano is something that can be considered a perfect example of that.

Marketing a car that’s aimed at the, excuse the boldness, poor, by coating it in 176 pounds of 22 karat gold and then adding a bling factor that’s even better.

The new, very friendly to maharajah type people’s looks have us humble bystanders almost shocked. Particularly since the that’s not the entire story of the materials used in this Tata Nano.

There’s some 33 pounds of silver and over 10.000 stones, none of which are the roadside variety. They are a serious part of the new Tata Nano’s price tag.

You know what’s really interesting about this driveable jewel is that is that nobody on behalf of Tata’s Nano or Gold Plus decided to do anything about the interior or powertrain.