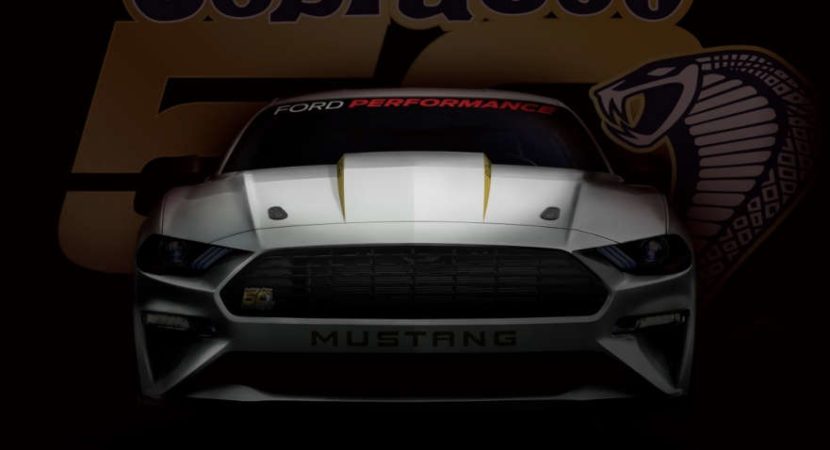 With Mustang turning 50 years of successful existence on the market, Ford manufacturer decided to mark the event by launching a special and a limited-run edition called 2019 Mustang Cobra Jet. This comes shortly after the carmaker announced the introduction of the new Mustang to NASCAR tracks next year.

The North-American car builder has also dedicated a video to the new Mustang – “Greatest Hits” – which highlights the muscle car`s design language, interior features and of course, the massive engine under the hood.

The 2019 Mustang Cobra Jet will be built in a limited-run of just 68 units, each one featuring one of the two available colours – Race Red or Oxford White – while adding as well a number of graphics packages or anniversary badging. However, prices for these packages have not been yet announced.

With a more approach towards the racing segment, the new 2019 Ford Mustang Cobra Jet will be accessorized with plenty of sporty features, all transforming it into a real racer.

Under the hood, the new 2019 Ford Mustang Cobra Jet limited-run edition comes with a massive supercharged 5.2-liter Coyote V8 engine, created by Ford Performance engineers. Even if power and torque have not been provided yet, there are rumors according to which the model runs the quarter-mile in around 8.0 seconds, at a top speed of 150 mph.

“From the very first Mustang Cobra Jets dominating the 1968 NHRA Winternationals to our modern-day Cobra Jet racers, the Ford Performance Parts team continues to build the Cobra Jet brand based on its success at the track over five decades. That, in turn, has inspired generations of Mustang fans to create their own performance machines for the street.”