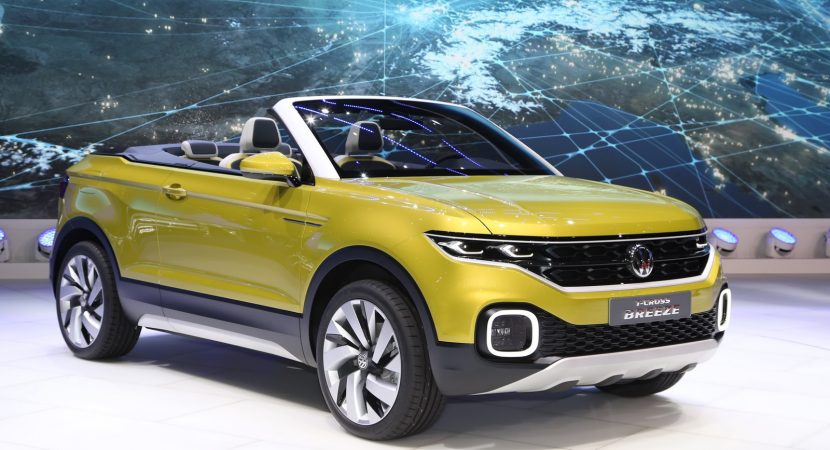 Volkswagen Group is trying to tackle the subcompact crossover segment with the introduction of a Polo-based SUV, which is believed to arrive on the market, in late 2018.

We are not sure how the future Polo SUV will look like, but according to recent reports, it might be based on the company`s T-Cross Breeze Concept released last year, coming with an extremely appealing design.

Once it will emerge on the market, the new Polo SUV will be built in Spain where the carmaker is also building the present Polo, and will rival the likes of the Renault Captur, Peugeot 2008 or Vauxhall Mokka.

This also means that it will stand on the same platform as the company`s new Polo, indicating rather the same engine lineup under the hood, including three-cylinder petrol burners and four-cylinder diesels.

Besides the wide range of engines with three- and four-cylinder configurations, Volkswagen Group will also introduce a new petrol-hybrid variant, which would be equipped with a 1.6-liter engine and an electric motor. Further details will be released later on.

As a reminder, the Volkswagen T-Cross Breeze Concept was unveiled last year, already previewing a future Polo crossover, and coming with an evolutionary design and plethora of high-tech features inside the cabin.

The concept`s previewed as a future model was also confirmed at that time by Herbert Diess, Member of the Board of Management of Volkswagen AG, who stated that “At the moment the T-Cross Breeze is purely a concept, but we can imagine putting such a convertible on the market as a production model.”

It comes with a 1.0-liter turbocharged with direct injection petrol engine, developing a good 110 horsepower and 175 Nm of torque, being sent to the wheels via a seven-speed DSG dual clutch transmission. It also sprints from 0 to 100 km/h in 10.3 seconds.