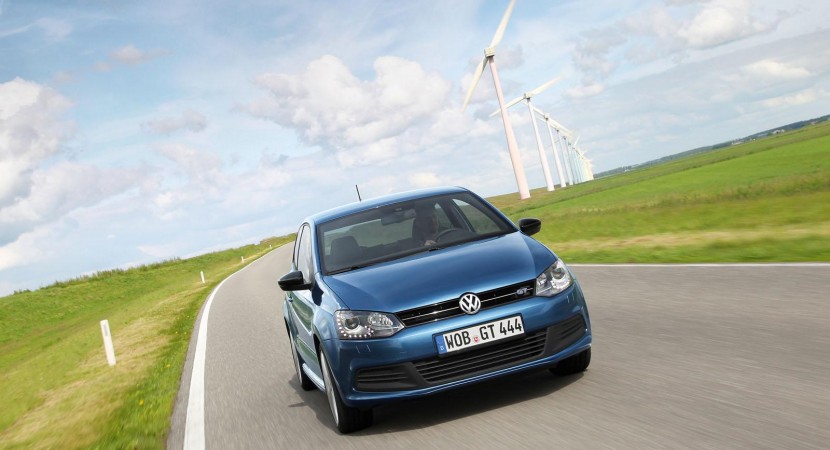 Volkswagen released official information and pricing on the Polo BlueGT, a model which is scheduled to arrive in the German market in the coming months.

The Polo BlueGT packs a 1.4-liter TSI engine able to deliver 138hp and 250Nm of torque. Even we talk about a gasoline engine, the fuel economy when linked to a manual transmission is rated at 4,6 liters/100km with CO2 emissions of 107 g/km. However, opting for a seven-speed DSG transmission you will get improved figures of 4,5 liters/100km. The German company manages to obtain such great fuel consumption numbers thanks to an engine start/stop, but also an active-cylinder management system which shuts down the second and third cylinders in certain conditions.

Exterior and interior features include new side skirts, bumpers, aluminum wheels but also sport seats and steering wheel. Prices start from €19,650 in Germany. “It combines the aspects of ‘dynamics’ and ‘fuel efficiency’ to create a petrol driven vehicle with previously unheard of levels of fuel efficiency,” concludes VW.