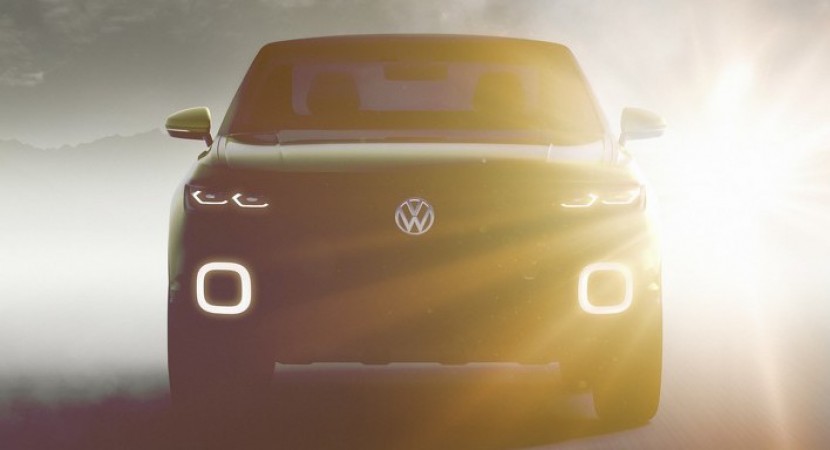 Volkswagen is preparing the launch of a new small SUV at the 2016 Geneva Motor Show, starting 1st of March, but until then, the German based carmaker is playing with us by releasing a teaser image with the upcoming concept.

The details list is rather scarce, but what we know is that the model will come with an interesting design language, highlighted by the new pair of LED headlights and LED daytime running lights, along with an exquisite yellow body wrap which complements the black plastic cladding on the lower portion of the wheel arches and bumper.

Additional features include the aluminum underbody protection, two-tone alloy wheels, tall grille and a few more. Overall, the concept is set to provide a “realistic perspective on a completely new model series and at the same time on the future production model”.

As far as the interior goes, the cabin is set to share some similiraties with the BUDD-e concept, with no physical buttons or knobs, coming however with a minimalist layout and touch-screen controls.

More than that, according to some recent reports, the concept-based future SUV would underpin the company`s new MQB-derived platform, the same one used on other VW models, like the new-gen Polo. The name of the future SUV and performance details will be revealed next week, at the 2016 Geneva Motor Show.