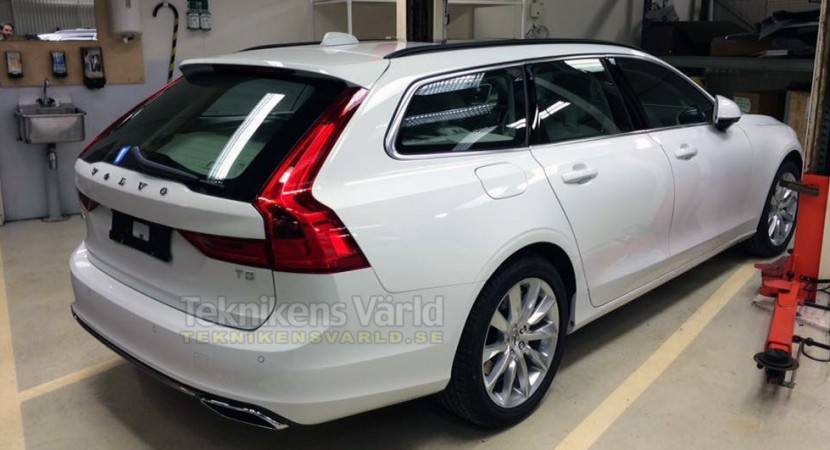 The long-expected and debated Volvo V90 will be officially unveiled on Feburary 18 in Stockholm, the model reportedly coming in three trims, Kinetic, Momentum and Inscription. A hardcore R-Design version is also on the way.

According to Teknikens Varld, the Swedish magazine to have posted the first batch of photos with the V90, the model has been decided for a special event, taking place on February 18, just two weeks before the 2016 Geneva Motor Show, in March.

Little it is known about the Volvo V90, but according to the same report, the stylish wagon is based on the S90 sedan`s new SPA architecture, meaning that it will come with rather the same technology, equipment and engine lineup under the hood.

Performance wise, the Volvo V90 will feature a wide array of four-cylinder petrol burners and diesels, including the D4 and D5 diesels, developing 190 horsepower and 235 horsepower.

On the other hand, the T5 and T6 petrol burners will develop 254 horsepower and 320 horsepower. We should be able to also expect a top of the line T8 Twin Engine hybrid version.

We should expect the model hit its dealerships in June, with sales to start in September. More details are expected in February, prior to the wagon`s official release.