Home
Acura
The Word Is Out: 2016 Acura NSX Heads to Production Line Next Month 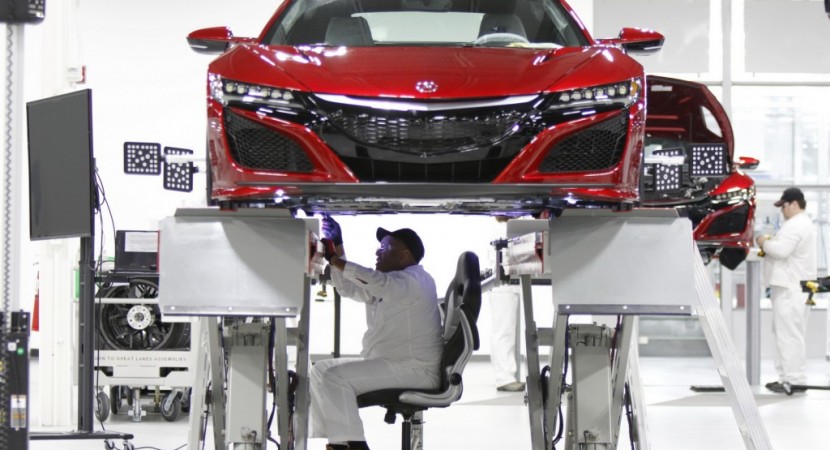 Good news for United States, as the long-expected 2016 Acura NSX is ready to head to production starting next month, at the carmaker`s Performance Manufacturing Center, Marysville, Ohio.

The good news don’t stop here, as the model is already available for pre-orders online, the cheapest version setting you back at $156,000. More than that, you get to choose from the wide variety of body styling elements made from carbon fiber and assembled by hand.

Performance wise, the 2016 Acura NSX is using a hand-made 3.5-liter V6 engine, which is built at the company`s engine plant, near Ohio. The engine is backed by an electric motor, the entire hybrid powertrain delivering a good 573 horsepower.

Rumors also state that the company is preparing a hardcore version, called the NSX Type R, the version being indirectly confirmed by Nick Robinson, the NSX Dynamic Development Leader.