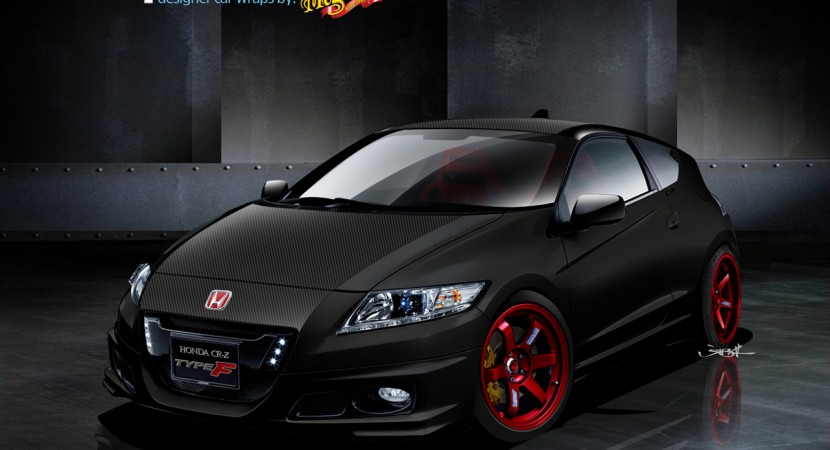 People at Wraptivo together with the help of other numerous companies will prepare the CR-Z Type-F concept that is waited to hit the 2010 edition of SEMA Auto Show that will start in early November. The concept model received a more complex body paint being wrapped in Wraptivo™ Matte Black and Carbon Black Film. Honda CR-Z Type-F will benefit from Honda Accessories, a Tein suspension, Recaro seats for the interior but also a set of Volk TE37 wheels. Also some more improvements will be seen in the interior, Alcantara trim will be available together with a new shift knob.

Some performance improvements were made but for now no details regarding this were disclosed by the tuner in the press release. A new sports exhaust system will be available and the ECU unit will be recalibrated by the Wraptivo tuner to improve the performance that probably will be revealed at the SEMA Auto Show this winter.