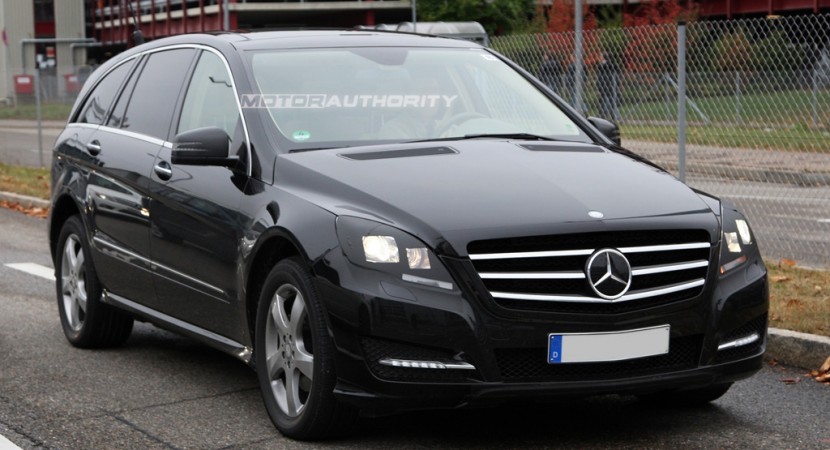 Yesterday were posted some new spy photos with the facelift of Mercedes R-Class that is about to come in 2010. Even if Mercedes R-Class didn’t have succes at all until now so they are keep working on it with the hope that it will have success some day. We are lucky to see this model almost with no camouflage because in the latest spy pictures with a mercedes the car was overly camouflaged.