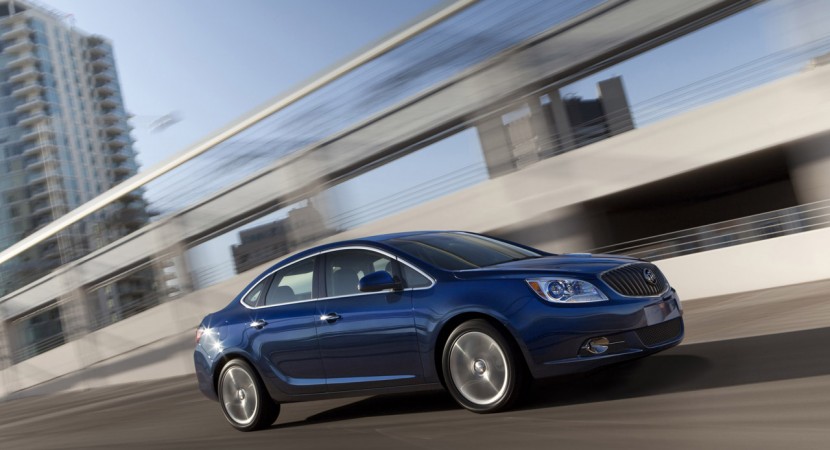 There’s a lot riding on Buick as a company and there’s quite a lot of interest in the way the 2013 Verano Turbo is going to shape up.

As the final bits of interest with the sedan get sorted, there’s now a fuel economy sticker available for it. The EPA finally got round to testing the top end version of the car and telling us what we can expect to see the punchy engine provide.

When powered by a 2.0 liter turbocharged Ecotec 4 cylinder engine, you get 250 horsepower and 260 lb-ft of torque available.

Naturally, the power comes with a bit of a cost. Allegedly the 2013 Verano can still manage some decent fuel economy figures. If you’re willing not to drive it like most turbocharged cars you should be able to get the acceptable fuel sipping numbers in your window to happen.

At this point the EPA calls it for 20 miles per gallon in the city, 31 mpg highway and a total of 24 mpg on the combined cycle.

The torque of the engine is available from as early as 2000 rpm so teaming it to a six speed gearbox (be it manual or automatic) can be quite efficient in the end. After all, despite the added grunt, it’s only 1 mpg less efficient than the 2.4 liter naturally aspirated engine.

Whenever fuel economy isn’t on your mind, acceleration from 0 to 62 mph takes as little as 6.2 seconds. What is weird is that Buick isn’t very proud of the top speed of the Verano turbo.