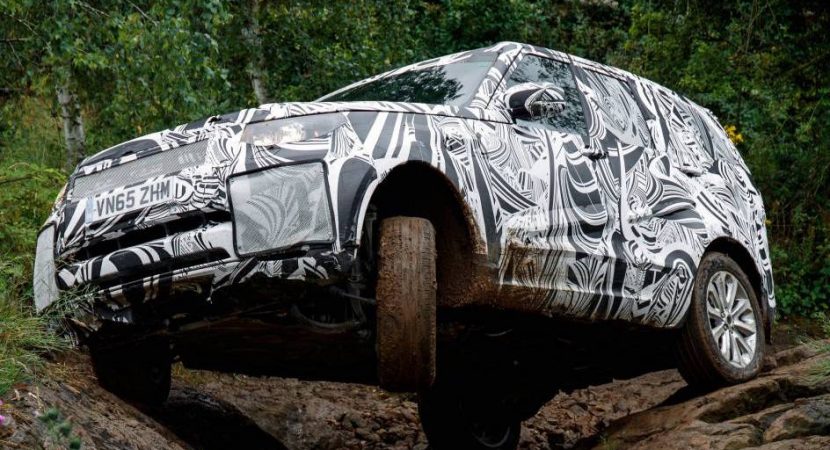 We have heard so much about the future Discovery from Land Rover in different spy photos, renderings, or teasers, but it seems that the British carmaker is making a final and spectacular come-back before presenting the brand-new SUV at the 2016 Paris Motor Show in a couple of weeks.

It is big, it is imposing and extremely powerful; these are the attributes that describe the latest teaser, called “The-All New Land Rover Discovery Capability Testing”.

The prototypes is still using a thin layer of camouflage, indicating its final stage of developing and stands-out from the crowd with the company`s latest aluminum-intensive platform, underpinning as well the Range Rover and Range Rover Sport.

This means that the model will shed off around 200 kg, making it more lightweight and improving the space inside, not to mention that it will add a more versatile attitude and increase performance on the road.

In terms of technology, the carmaker will be using the latest gadgetry, including connectivity, USB ports, cleaver seating lay-outs, advanced off-road drive mode selector, and so on.

The 2017 Land Rover Discovery will also differentiate from the current verson with a powerful engine lineup, and as we have also seen on previous articles, one of the most standout is the 2.0-liter Ingenium petrol, with dual-clutch transmission, along with a 2.0-liter twin-turbo flat-four engine with around 200 horsepower.

We could speak for another hour about the new Discovery, but we would waste precious time, instead, psuh the play button and see the SUV in action in the short teaser below!