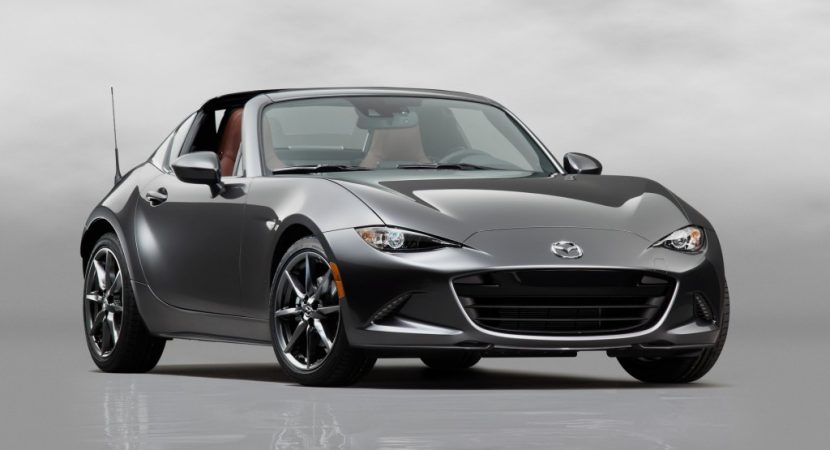 Mazda launched the convertible version of the 2017 Mazda MX-5, the all-new RF, a couple of weeks ago, with this particular model also being released in a special version, seen here below as the RF Launch Edition. The model was officially its launched about a week ago.

The 2017 Mazda MX-5 RF Launch Edition was so well-received by the public that all 1,000 units available in the United States have been already sold out.

This means that the Americans not only love the MX-5 and the RF, but also their more refined and luxurious derivate versions like the RF Launch Edition, which is indeed a special and one-off ride.

Now that the ordering books with the RX-5 RF (Retractabke Fastback) Launch Edition are over, it is high time we got a closer look at this particular versions. Overall, it resembles its RX-5 RF sibling, the model coming with the same appealing design, yet adding some new features.

We are looking here at a tri-coat Machine Gray Metallic exterior colour, with a black roof which was hand-painted, along with LED running lights and the new alloy wheels, which make it more aggressive.

The model uses the Grand Touring trim as standard, coming with a lot of goodies inside, such as automatic climate control, heated seats, as well as the outstanding and luxurious 42-millimeter Tourneau watch.

The safety features are also present, with the main highlights on the blind spot monitoring, lane departure warning or rear cross traffic alert. In the engine department, the 2017 Mazda MX-5 RF Launch Edition features a 2.0-liter flat-four engine, developing 155 horsepower and a good 200 Nm of torque, hooked to a six-speed manual or a six-speed automatic transmission.