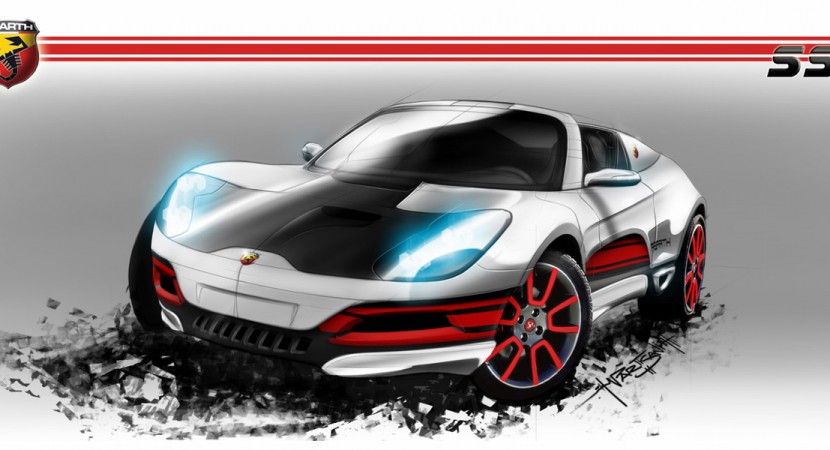 Not so long ago, in fact sometime in the middle of summer, Fiat’s in house tuning company announced that they want to build their own sports car. The Fiat tuner decided they want to build an Abarth mid engine sports car because they reckon they can do it better than anybody else.

The thing is that Abarth had some issues with the production of their alleged mid engined car so a few months ago they decided to get some help.

With this in mind, Abarth tried to collaborate with the British over at Lotus or the Austrians over at KTM. More recent reports however claim that negotiations on such deals have fallen apart.

In an attempt to adapt to the situation Abarth decided to do it all themselves. So you can imagine that the future Abarth mid engined exotica will have a bit of Ford GT40 ambition to succeed against past possible partners.

On the technical side the Fiat tuner is expected to come up an Abarth SS Concept look a like powered by a top of the line, latest generation, MultiAir engine and a new dual-clutch gearbox from the same parent company.