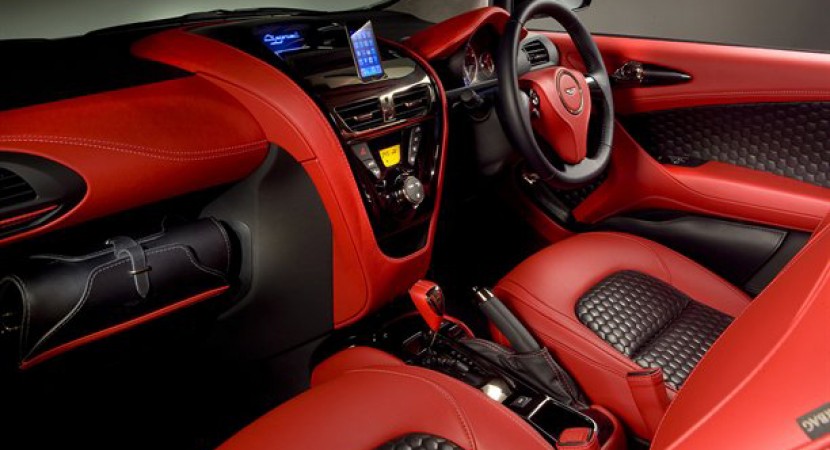 Really interesting element of Cygnet is inside, made by hand by those from Aston Martin. Aston Martin drew a very luxurious interior that manages to achieve the level of luxury offered by the other models of Aston Martin. The design of this model was developed at the center of Aston Martin in Gaydon, by a team led by Marek Reichman.

Aston Martin Cygnet use the Toyota iQ’s platform, which is supposed to be provided with 1.33 liter four cylinder engine.