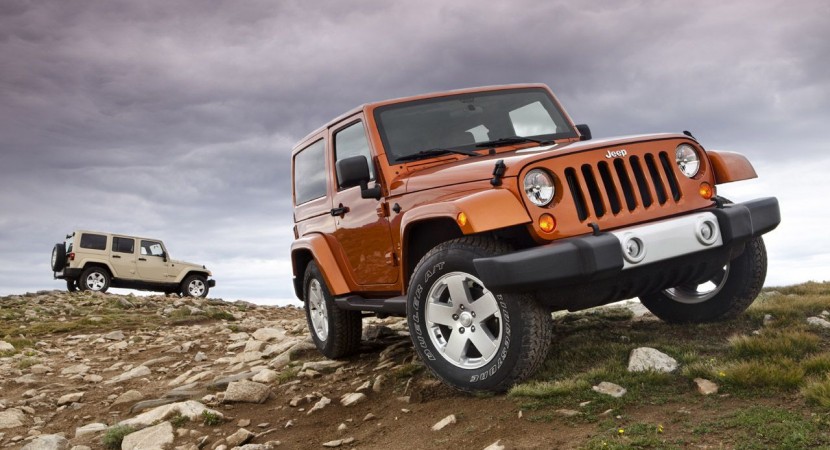 People at Jeep revealed the facelift version of the Wrangler model, a facelift that comes basically with aesthetic improvements. The Jeep Wrangler facelift comes with a cruise control, a Bluetooth connection along with USB and iPod features, controls for the steering wheel and electric heated side mirrors. A material roof is now available for the Sahara version of Wrangler facelift. The dashboard was also improved by the Americans at Jeep, while the quality of the materials were improved. As we told you below, there are not big improvements designed by Jeep for the facelifted Wrangler, the model comomg with a richer bodypaint color list such as Bright White, Cosmos Blue, Deep Chery, Detonator Yellow and Sahara Tan. There are still rumors on the price for the new Jeep Wrangler facelift, the Americans at Jeep did not revealed any announcement of the price tag that the facelifted version will available.