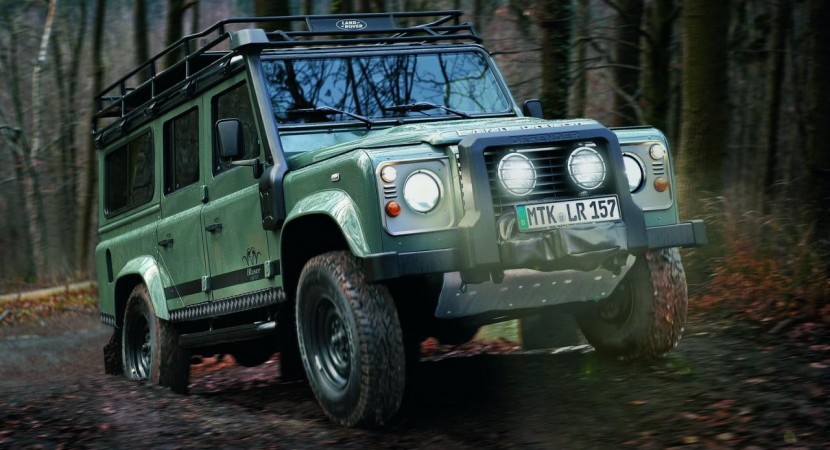 Land Rover decided to collaborate with Blaser, a German firearms manufacturer, in order to develop a special edition for the local market. The Land Rover Defender Blaser edition is limited to 60 units and gets a starting price of €49,500.

At the exterior, the German model sports a new Keswick Green paint along with full underbody protection, professional grade winch, but also a weapons case which can accommodate five riffles being located in the trunk. If you wonder what’s under the bonnet, the British company says that the special edition is powered by a 2.2-liter turbo diesel unit offering 120 horsepower at 3,500rpm and 360 Nm of torque at 2,000rpm. Land Rover also says that the unit meets the Euro5 standards but forgets to tell us what transmission is available for it. Besides the exterior improvements, there are some upgrades at the interior as well, starting with new black leather seats with green stitching and finishing with embroidered logos. The British manufacturer will reveal the new Blaser edition at “Jagd & Hund”, which is the largest event dedicated to hunting and fishing and takes place in Dortmund, Germany.