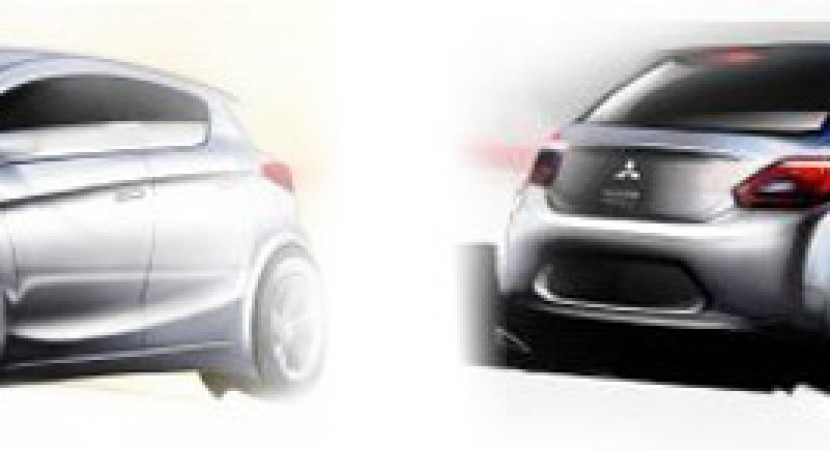 Mitsubishi has come pretty much out of the blue with this and they’re seriously up to the teasing business.

The press release at Mitsubishi hasn’t gotten a break either so let’s see what they’ve just come up with.

The Mitsubishi Motor Corporation plans to build a new plant in Thailand at a location called Laem Chabang Industrial Estate. The new Mitsubishi plant will be situated somewhere in the Chonburi province and is just 60 miles away from Bangkok.

The new plant the Japanese plan to build in Thailand isn’t the big news however. The big news lies within what Mitsubishi plans to build over there.

According to Mitsubishi’s press release the new Thai plant will be the birthplace of a new small city car.

To further sweeten the deal Mitsubishi have released some renders/sketches to tease us with what the little city runabout might look like.

On first impressions I find it hard to differentiate it from the sketches Kia released just days ago of their future version of the Picanto.

That is slightly worrying but given the fact that these are for the moment no more than drawings they might be pretty far away from what the actual production versions of this car may look like.