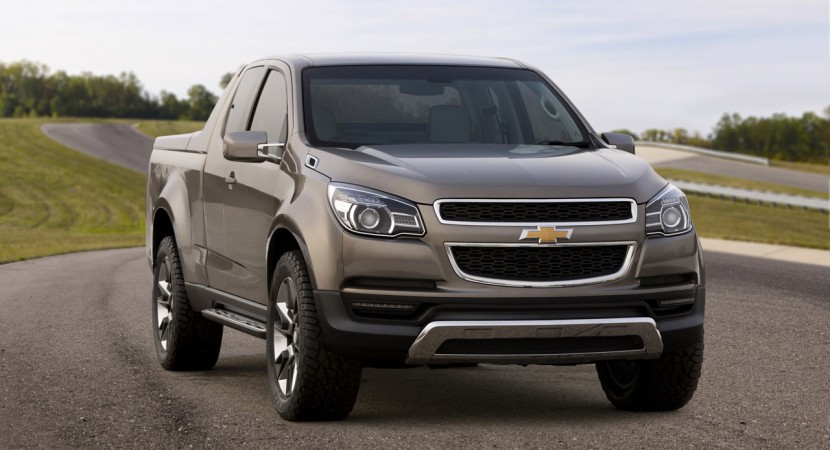 General Motors came forward with a bit of a surprise just before one of the least interesting motor shows around, the Bangkok International one. The surprise came in an early release of one of GM’s showcars over there, namely the Chevrolet Colorado pickup.

Apparently, the launch of the new Chevrolet Colorado pickup is pretty close despite the Motor Show connection and the prototype label it has so far.

A scheduled launch is supposed to take place in Thailand later this year. Once it hits the Thai market the Chevy Colorado will be powered by a 2.8 liter turbo-diesel engine. Probably going after Ford’s EcoBoost engine it’s nice to see GM keep in tune with the times of efficiency and fuel economy in the land of the pickup truck.

Even though it’s a supposed to be unveiled in Thailand, the new Chevrolet Colorado is already scheduled to be produced in GM’s Shreveport, Louisiana plant.

In case you feel ready to go out and buy yourself one of these pickups you may want to know that GM will most likely take off some of the styling cues like the 22 inch alloy wheels. When some appearance tweaks get taken off, I’m expecting the Chevrolet Colorado to be quite the looker as a production model.