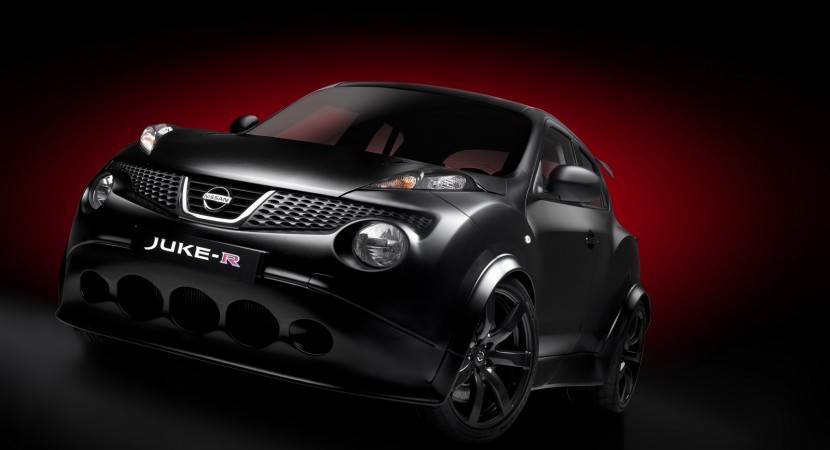 The Japanese people from Nissan thought that they teased enough the Juke-R study and finally revealed the full list of features and photos. From the beginning we know that the vehicle is based on the standard Nissan Juke but however we won’t see this extreme version on the market soon. The company says that the Nissan Juke-R will be built, however, in a limited edition of two units as the model is a road legal concept car. Under the bonnet, the Japanese model packs a 3.8-liter V6 engine able to deliver 480 horsepower, a unit coupled to an improved gearbox which transfers the power to the front and rear wheels. On the other hand, the exterior appearance is improved by an aerodynamic kit including 20-inch RAYS forged alloys borrowed from the GT-R, new front and rear bumpers, larger wheel arches, a rear wing and a matte black finish. A new set of side skirts and a revised front grille are also there to improve the aesthetics. Inside, the Japanese from Nissan brought a set of race seats, new steering wheel, aluminum pedals and a roll cage for increased safety. Be sure to check the video too in order to get a closer look to the model.