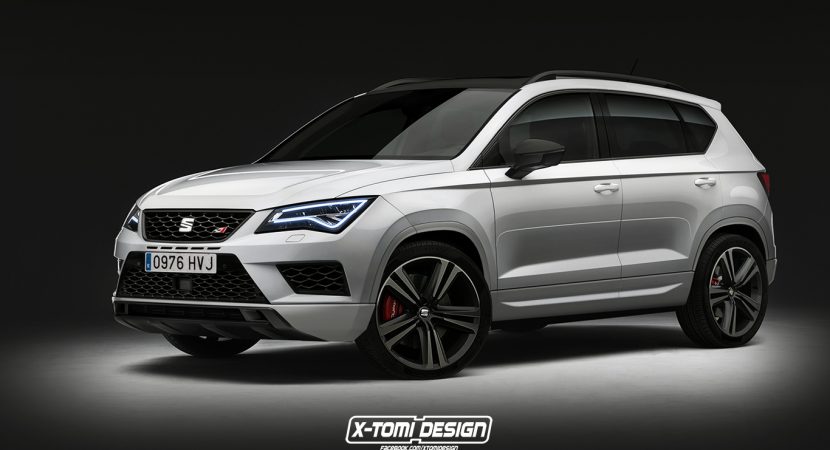 We are all familiar with the Cupra badge seen on different hot models like the Ibiza or Leon, and fitted on the new Ateca, it might make it an extremely powerful and fast SUV, which would be the perfect candidate for other high-end SUVs on the market today.

With the first reports of a future Seat Ateca Cupra to emerge back in February, the model is popping-up in our news again with new rumors stating that it would eventually arrive somewhere towards the end of 2017.

And that despite the first rumor mill according to which the SUV should have been launched much earlier, perhaps at this October`s Paris Motor Show.

One good reason for its postponing would be the increasing demands for the present Asteca version. More than that, a report from Autocar, leaked from an insider, stated that “The fast SUV market is evolving quickly at the premium end, but in the mainstream, there is no real credible contender. That opens the opportunity for Seat to take leadership and to really differentiate itself from the opposition in the crowded SUV market. An Ateca Cupra could have a very significant halo effect for the rest of the brand.”

If the Seat Ateca Cupra will finally emerge on the market, the SUV is also believed to pack a 2.0-liter petrol engine, the same found on the current Leon Cupra, developing 286 horsepower. The sprint from 0 to 100 km/h would also stand at 6.5 seconds.

Perhaps we could see it unveiled at the 2017 Geneva Motor Show or even later, in Frankfurt, but certainly we will find out more about it in the upcoming period.