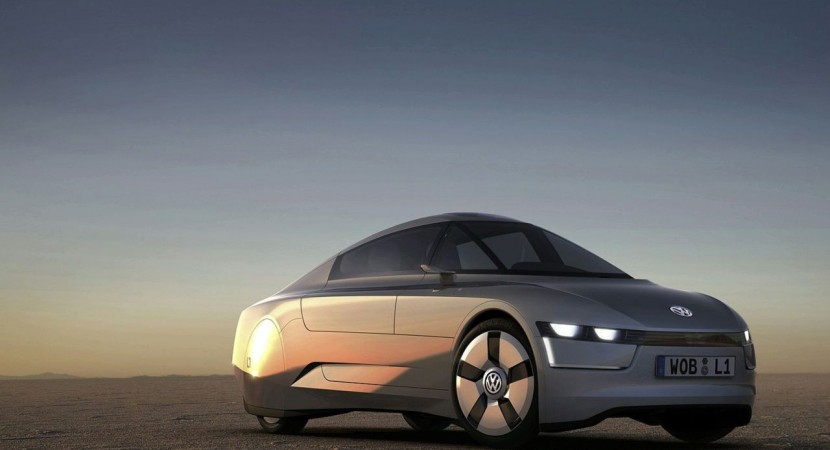 Back in 2009, the Germans from Volkswagen revealed an innovative concept called L1, a vehicle able to provide a fuel consumption of just 1 liter/100 km. The German concept has been revealed at the Frankfurt Auto Show and after two years a series version might be unveiled in the coming days at the Qatar Auto Show. The Volkswagen L1 concept benefits from a two-cylinder TDI diesel engine assisted by an electric engine using a lithium-ion battery. Thanks to this powertrain the German small model is able to consume around 1 liter every 100 km. The model issues just 36 g/km CO2 emissions and is able to develop 24 horsepower. Thanks to the lightweight material that was used to build it, the Volkswagen L1 weighs just 380 kilograms. The driving range of the model is about 670 kiloemeters while the top speed announced by the manufacturer is around 160 km/h. The side mirrors got replaced by two cameras while few other systems such as a parking assist system (Park Distance Control) are available too.