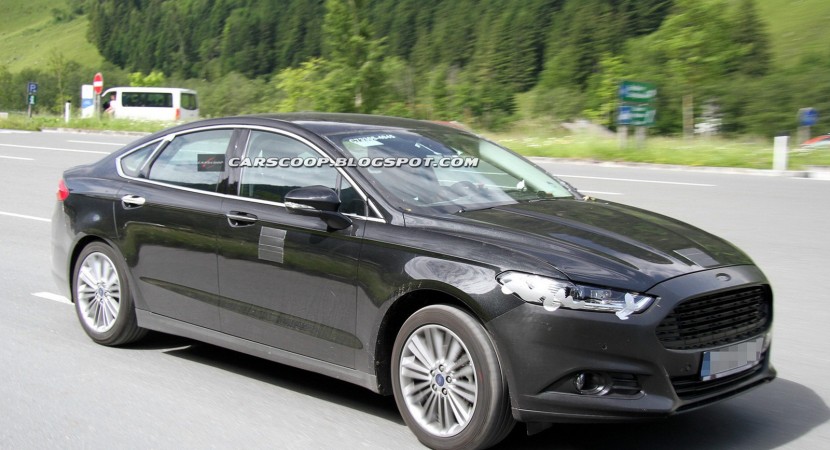 Though it’s not exactly a surprise, the next generation of the Ford Mondeo was spied in Europe wearing the newly designed skin of the 2013 Fusion.

In shifting over from the United States to Europe, the exterior look of the sedan has remained pretty much untouched but the interior and engines haven gone through a few changes. 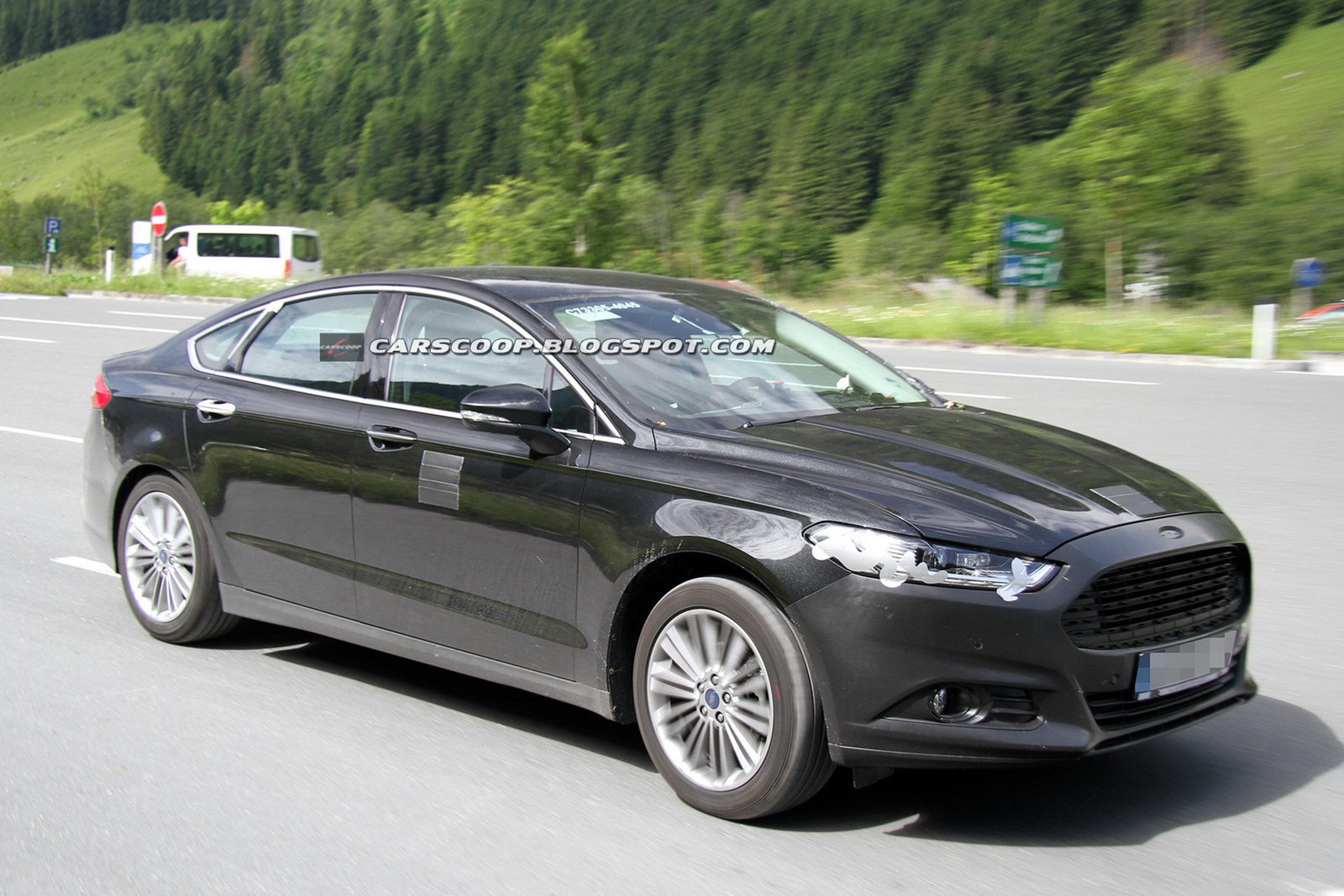 The 2.5 liter naturally aspirated engine is off the table, the smaller capacity 1.6 liter EcoBoost is now added to the pickings list.

Alongside the rather small force fed petrol four pot, Ford will also be offering the 2013 Mondeo in Europe with a few new diesel engines.

The list includes another 1.6 liter and two more familiar 2.0 liter and 2.2 liter four-cylinder TDCI diesel powerplants. We all know how popular these will be on the old continent. 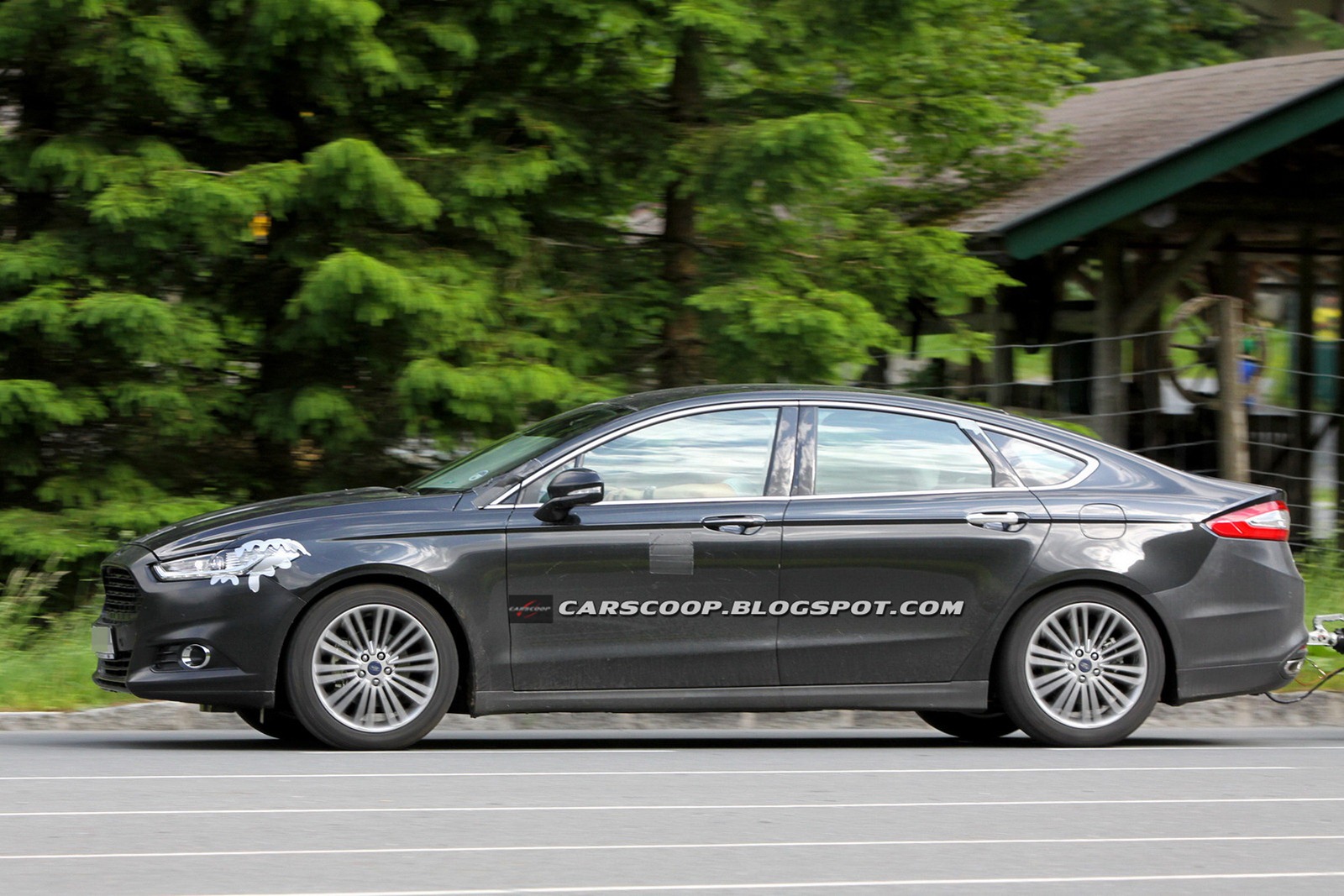 A station wagon version will certainly be available but the rumored around hybrid powerplant version of the Ford Mondeo is yet to be confirmed.

More importantly however, the 2013 Ford Mondeo is going to come with some innovations on the safety front.

Rear seat occupants for example will get a set of inflatable seat belts. These are supposed to combine the benefits of airbags and belts. 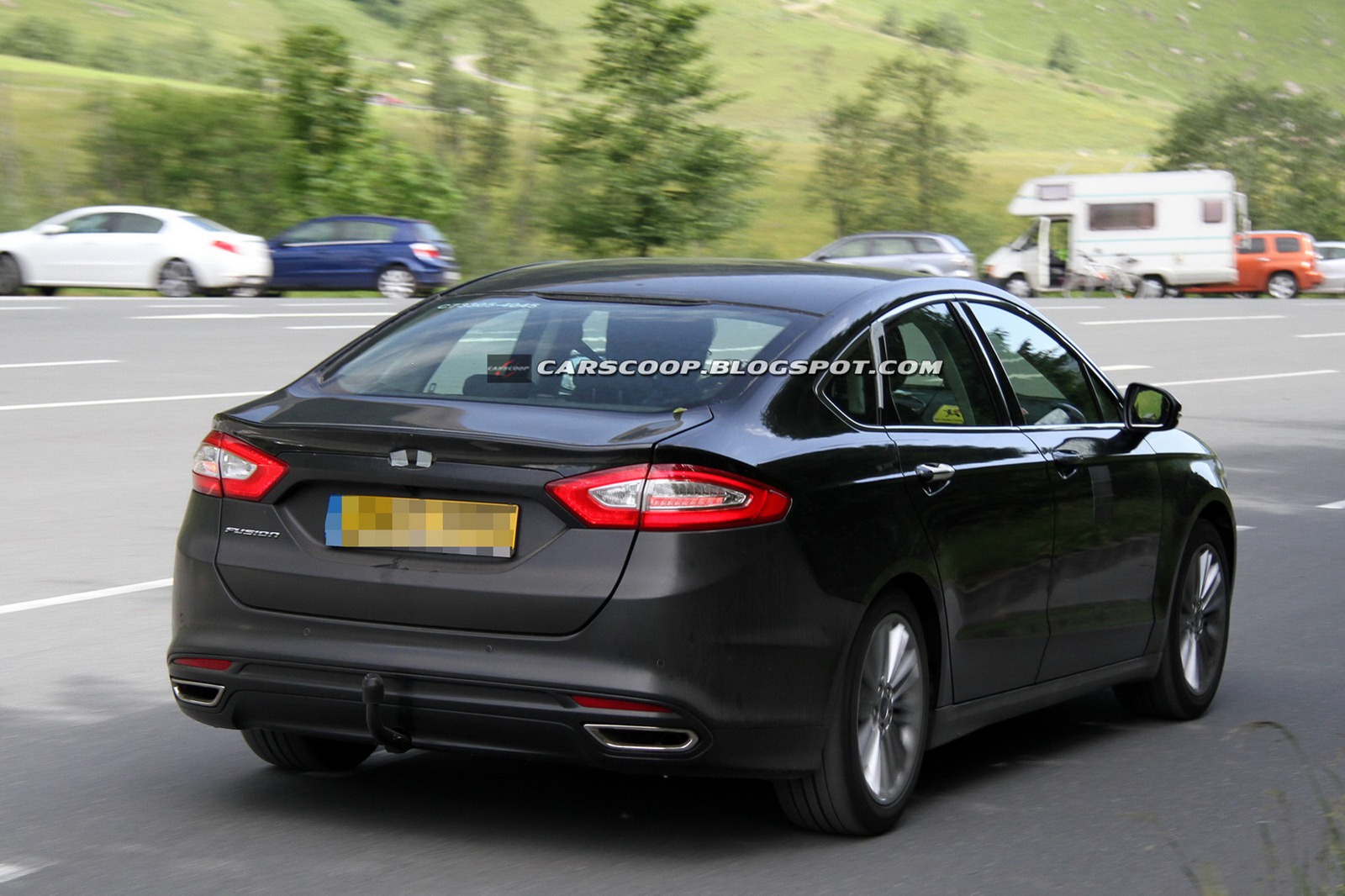 These seat belts are said to considerably reduce head, neck and chest injuries for the people in the back. That’s likely to make the 2013 Ford Mondeo put on a good show at the Euro NCAP tests.

The new Mondeo is expected to be unveiled at the Paris Motor Show later this year.