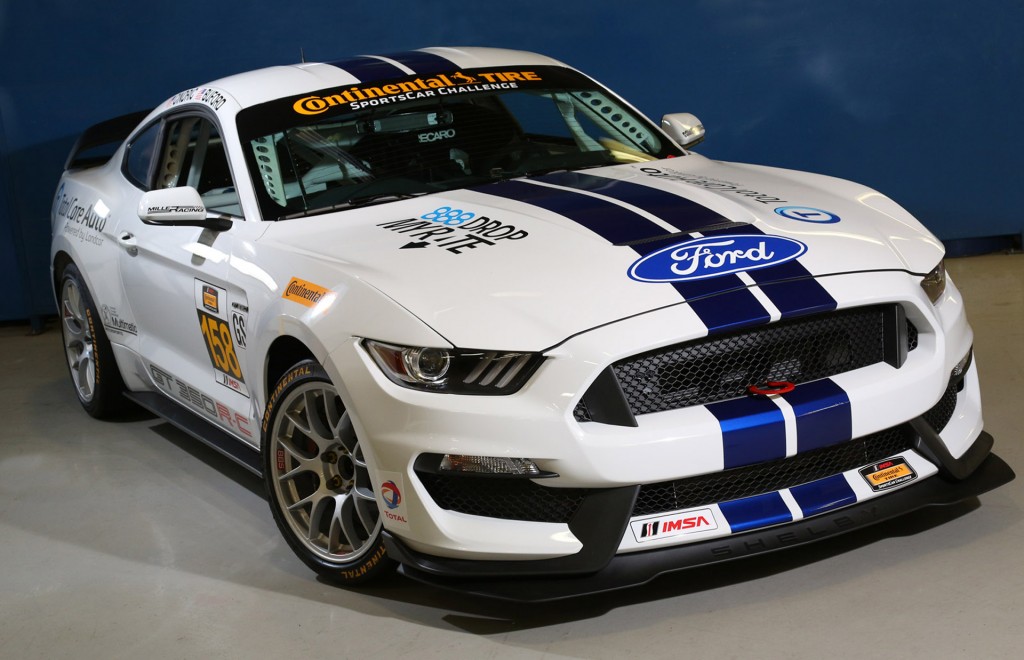 It was just a matter of time until the Ford North American based carmaker would release a race car version of the already famous and powerful enough 2015 Ford Mustang Shelby, which is the Mustang Shelby GT350R-C Race Car.

The 2015 Ford Mustang Shelby GT350R-C Race Car will be a track-only racer and will compete against top predators, like the Porsche 911, Aston Martin Vantage, Nissan 370Z or the Chevrolet Camaro Z/28.

This means that the 2015 Ford Mustang Shelby GT350R-C Race Car will pack a 5.2-liter V8 engine, the same seen on the GT350R, the car also coming with advanced independent suspension, lower ride height, anti-roll bars, updated bushings or new track alignment settings. Unfortunately, we do not have the torque or the performance figures.

The 2015 Ford Mustang Shelby GT350R-C Race Car will compete on the Continental Tire SportsCar Challenge, which is part of the United SportsCar Championship, with Billy Johnson, Scott Maxwell, Jade Buford and Austin Cindric behind the wheel. More than that, Ford has also partnered with Multimatic Motorsports to manage the entire race team.

Larry Holt, the chief at Multimatic stated that the team is very proud to have Ford as the main partner, taking part on the Continental Tire SportsCar Challenge, as they “like the endurance format”, with the racing being “always intense.”