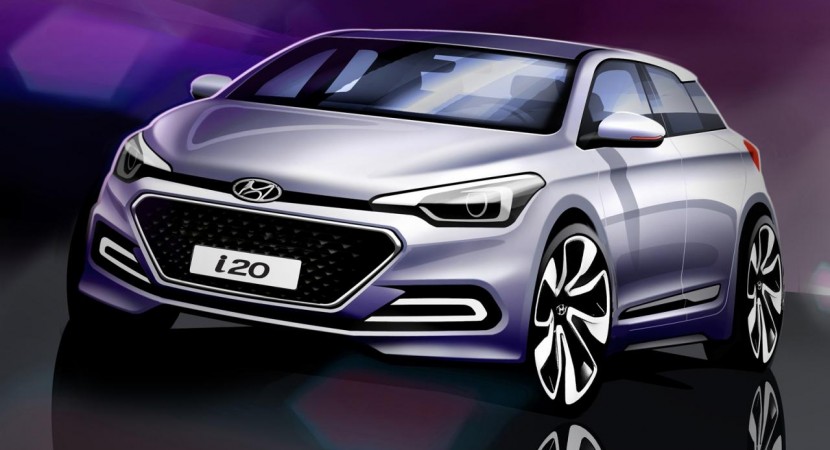 Hyundai continues the teasing campaign of the new i20 hatchback, a model which is expected to debut at the Paris Motor Show, an event which opens its gates this fall.

However, we shall see the 2015 Hyundai i20 this month in an online debut with full details and photos. Until then, the South Korean company teases the car with two new sketches. 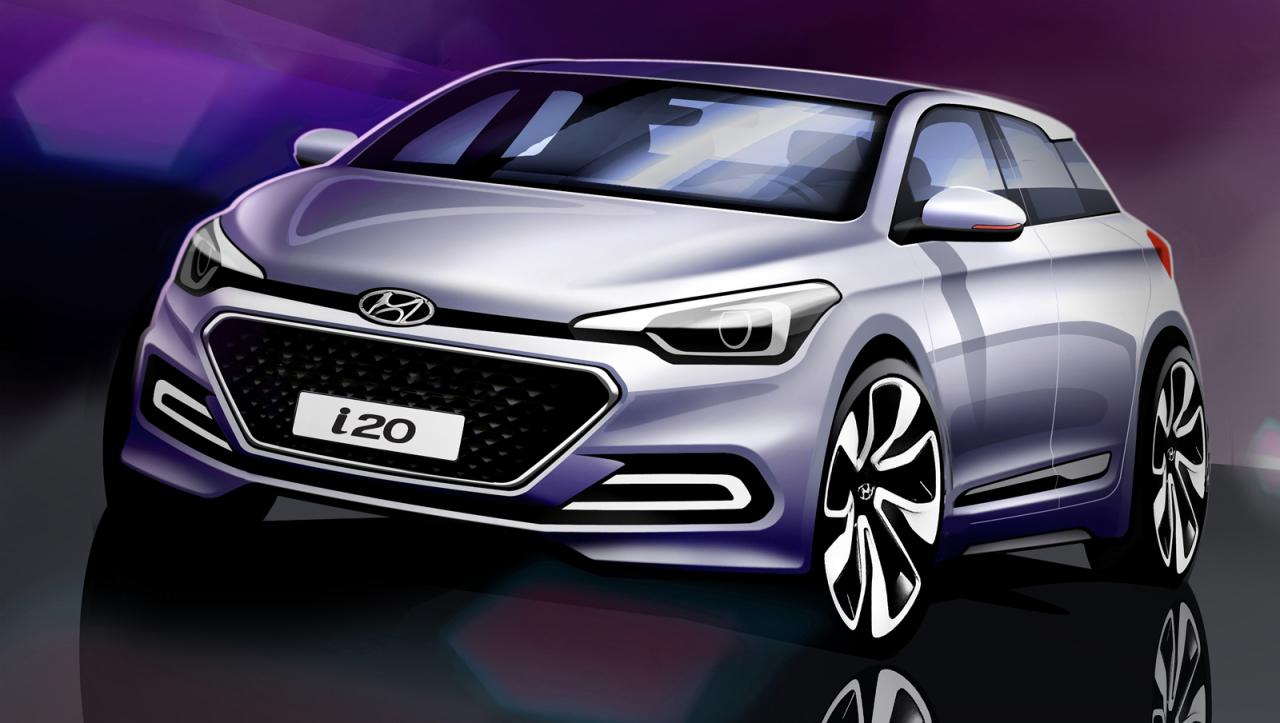 They reveal the “Fluidic Sculpture 2.0” design language. To be more specific, the new i20 will feature a more “fluid” design with revised bumpers, a new front grille, a sloping roofline and larger optical blocks.

“The body sides are sculpted yet the overall architecture is clear and simple, with the cabin sitting cleanly on the body,” says the carmaker. 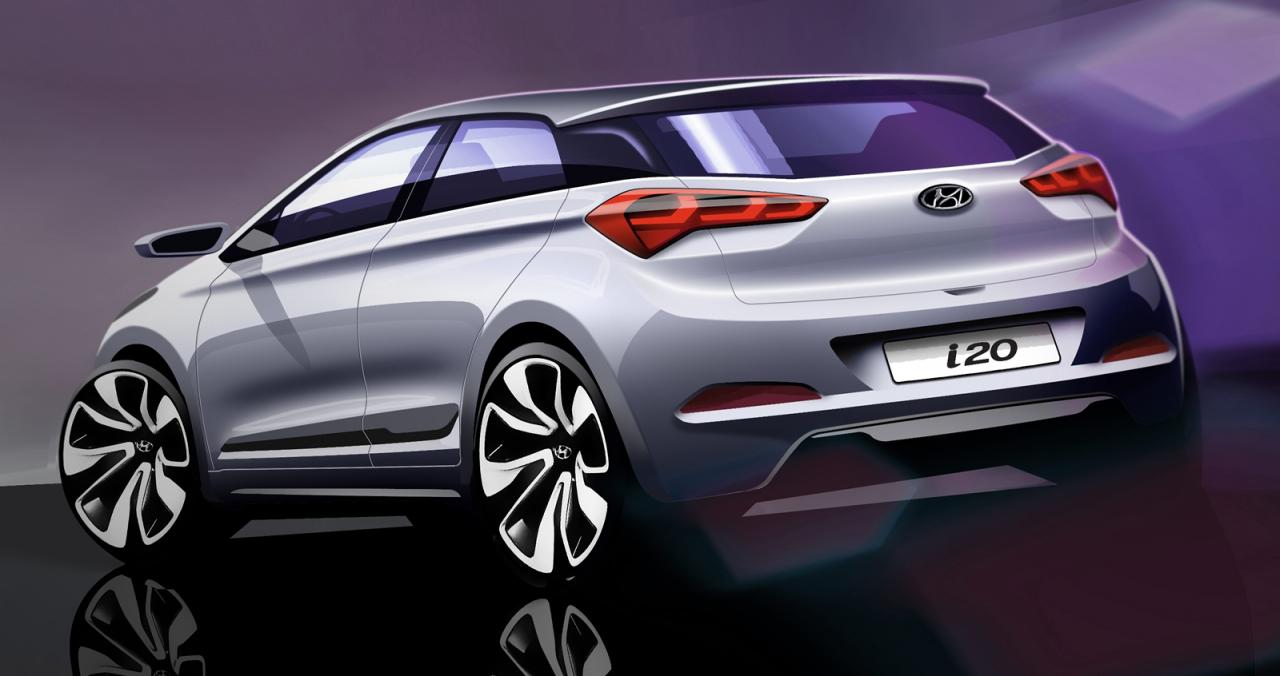 In terms of power, the 2015 Hyundai i20 will offer the same engine range as the current model. Hyundai also insists that the car was designed in Germany, at the Design Center Europe in Rüsselsheim