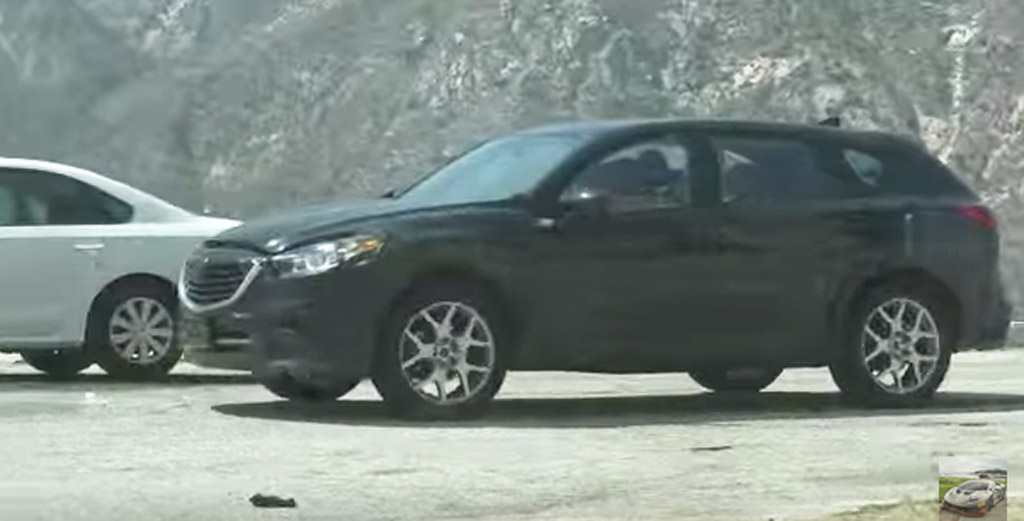 Carspotter Jeroen auto magazine has provided via Motor Authority some spy shots and a video with a prototype of what seems to be the new Mazda CX-9, which would debut at the 2015 Los Angeles Auto Show, this November.

The spy shots and the video are presenting the 2016 Mazda CX-9 from a styling point of view, one might depicting a wider body than the previously launched 2016 CX-5. We are actually dealing with a compact crossover that would be quite distinct.

Apart the few changes that the 2016 Mazda CX-9 would come with from a visual standpoint, the compact crossover is also believed to come with a 2.5-liter turbocharged four-cylinder engine, rumored to develop around 300 horsepower.

So far, there is little to be known about the full performance details, but we should be able to find out about the 2016 Mazda CX-9 at the 2015 Los Angeles Auto Show, this November, when the model is likely to be officially unveiled.

Meanwhile, enjoy the handful of low-resolution spy shots and the video with the new-gen Mazda CX-9 and don’t hesitate to tell us what you think about the compact crossover!