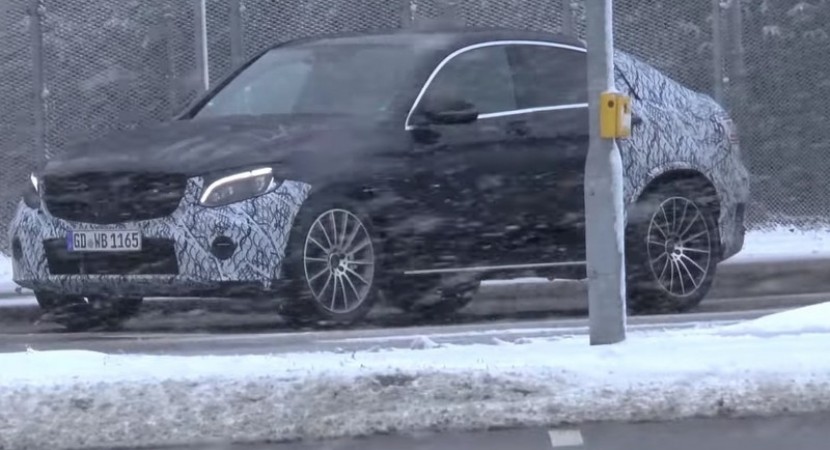 The 2016 Mercedes GLC 43 Coupe is ending up in our news again with a spy video which highlights the test mule performing some snow tests, with slight camouflage at the front and rear end.

The German based carmaker is introducing the all-new GLC 43 Coupe later this year but some additional tests must be carried before the launch. The spy video reveals the GLC Coupe in its plenitude, with the final body style.

The GLC Coupe`s body style borrows some elements from the present GLC, like the headlights, but also adds some slight changes at rear half, where the roofline is now more sloped, giving us a more coupe attitude.

Even if the new GLC 43 Coupe will resemble the GLE Coupe in terms of size, the model will come with reduced headroom and trunk capacity.

Under the hood, the 2016 Mercedes GLC Coupe is rumored to come with a 3.0-liter biturbo V6 engine, developing 395 horsepower and 384 lb-ft of torque. Additional rumors from the German press also state that the model would develop even more, meaning around 400 horsepower.

More details will be announced in June, around its release date, the model reaching dealerships in September. Meanwhile, enjoy the short spy video with the 2016 GLC 43 Coupe during tests!