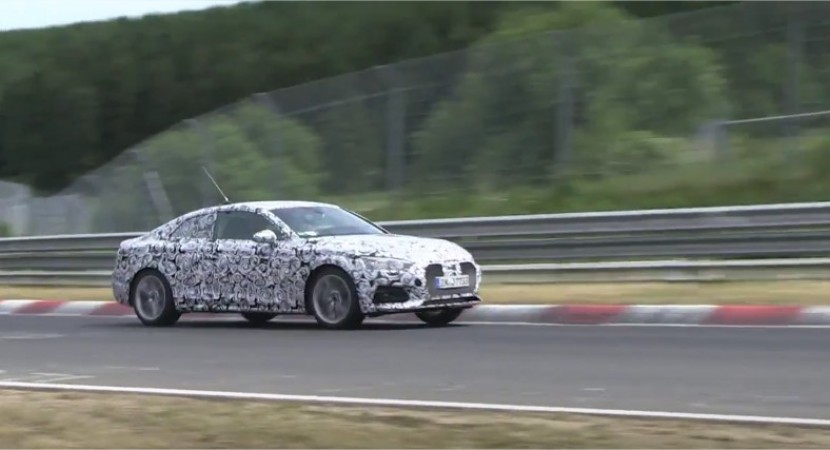 The upcoming Audi A5 Coupe has been recently spied in a video while performing some tests on the Ring, the model wearing full camouflage which is a clear indication that it will come with some interesting features, at least at the body.

The new Audi A5 Coupe will come as a 2017 year model and will compete against the BMW 4-Series Coupe as well as the Mercedes-Benz C-Class Coupe. 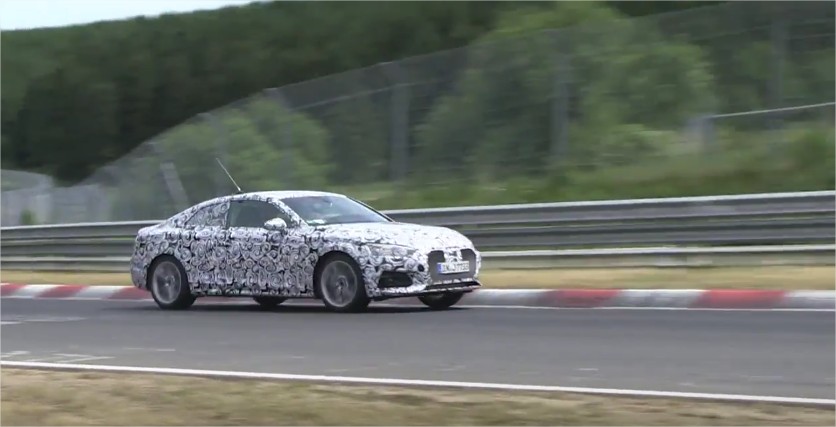 As expected, the 2017 Audi A5 Coupe is based on the 2017 Audi A4, meaning that will embrace the same architecture. The MLB Evo platform will make it more performance, will reduce the weight by up to 100 kg and will fit the model with some worthy engines under the hood.

The same architecture will also allow the 2017 Audi A5 Coupe use a more bold approach in terms of design, meaning a more sloping roofline, along with some changes to the front and rear fascia and the cabin, too.

Under the hood, the 2017 Audi A5 Coupe will borrow the engine lineup from the A4 flagship, amongst which proudly sits the newly and high-performance 2.0-liter TFSI four-cylinder engine, with 190 horsepower and a good 320 Nm of torque. No performance figures are released yet, but we should expect more info in the upcoming period. Meanwhile, enjoy the spy video with the upcoming Audi A5 Coupe!