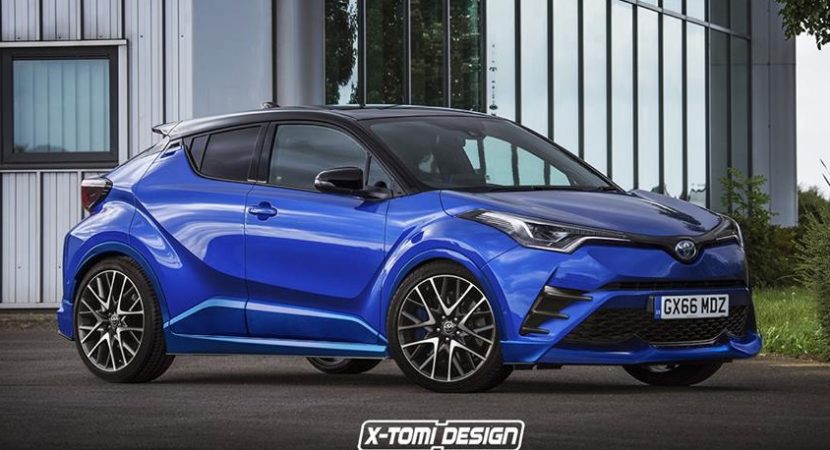 The subcompact crossover segment received a new member in the shape of the 2017 Toyota C-HR some time ago, the model already heading for production line in Turkey,and also being officially introduced at the 2016 Los Angeles Auto Show.

And even if this is a fresh news, that didn’t stop rendering artist to envision it wearing different styling packages. And X-Tomi Design is the first to come up with a rendering image which showcases the model wearing a TRD styling package.

If you are familiar with the all-new C-HR, you should depict the general design lines, the rendered model yet coming with some new styling bits that make it more aggressive.

With the new TRD package, the 2017 Toyota C-HR received bespoke front and rear bumpers, new side sills, sport suspension system which lowers the car`s ride height, new wheels and so on.

As much as we would love having a hardcore TRD version of the C-HR, this won`t happen, at least not in the near future, and if it did, our suggestions would also go for an improved powertrain under the hood. Even so, this is a wonderful imagery exercise and should be treated as such.

Speaking about performance, the all-new 2017 Toyota C-HR comes with two engines in the United Kingdom, meaning a 1.2-liter Turbo petrol, with 115 horsepower, followed by a 1.8-liter petrol hybrid, developing 122 horsepower. Both are hooked to a choice of front-wheel- or all-wheel-drive configuration. The carmaker has also introduced a higher 2.0-liter with 150 horsepower, destined for Ukraine and Caucasus markets alone.