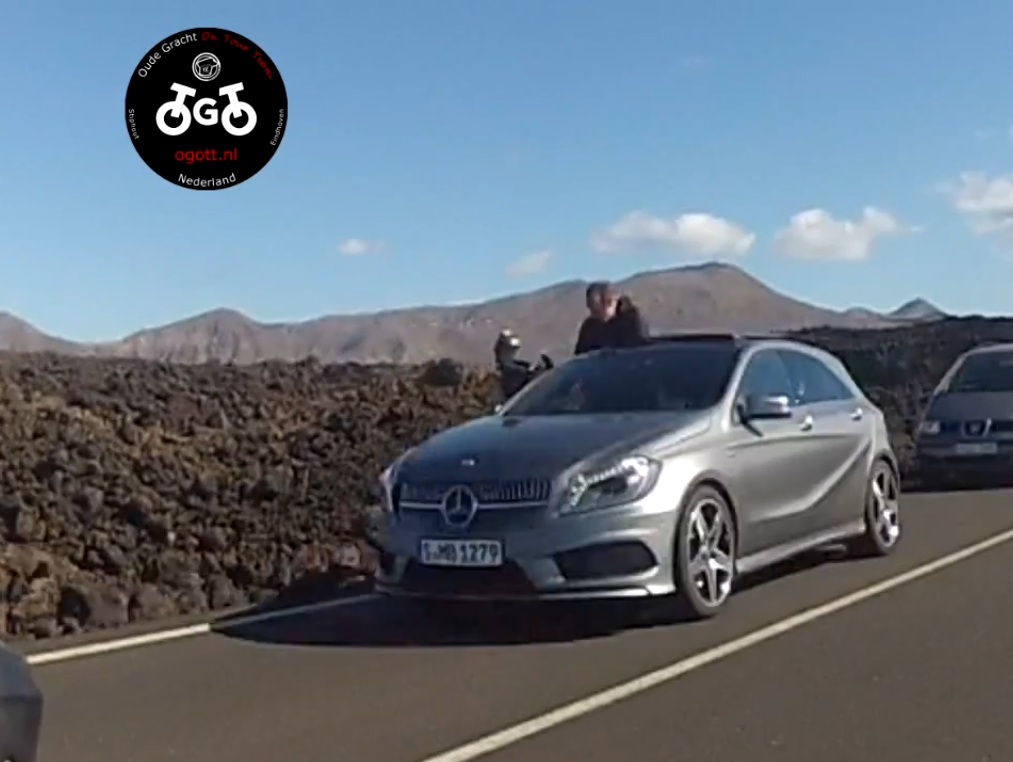 The all-new Mercedes A-Class hatchback was caught on film by a bicyclist who happened to be in the right place at the right moment. The Germans from Mercedes were shooting a promotional video of the new model on the Spanish island of Lanzarote, somewhere in the Canary Islands.

Mercedes plans to offer the new A-Class in two different variants: three- and five-door models. The model we will see in the video is the five-door A-Class which debuts in March at the Geneva Motor Show. The three-door variant will enter the market at a later date, possible in early 2013.

In terms of styling, as this is the only subject we can talk about at the moment, the new Mercedes A-Class sports a large front grille, new bumper with air vents, large alloy wheels, new optical blocks and a sporty line toward the back.

If the rumors will be confirmed, the new A-Class should be powered by a 300-horsepower turbocharged gasoline engine able to provide decent performance figures especially if Mercedes manages to keep the total mass very low.

VW extends the diesel offering for the new Beetle in the U.S.