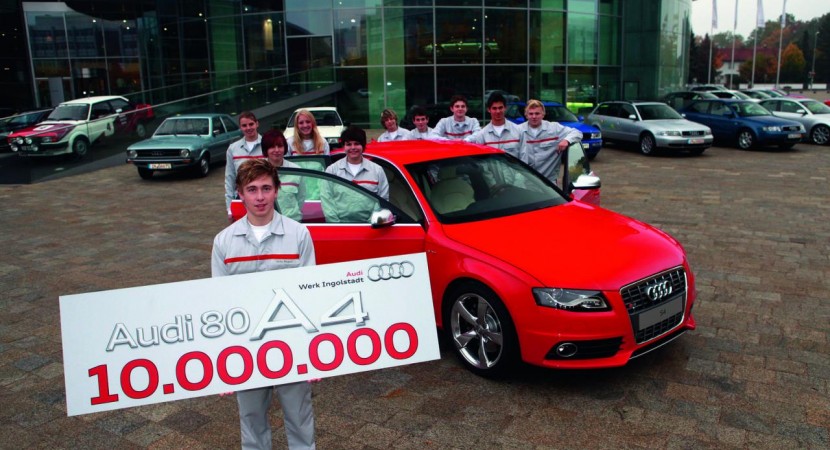 The Germans from Audi are celebrating these days the ten millionth midsize car produced with the Audi A4 in the spotlight. To be more precise, we talk the A4 and its predecessor, the Audi 80. The latter entered production in 1972, being manufactured over four generations, exactly like the current Audi A4 which entered the assembly line for the first time in 1994. 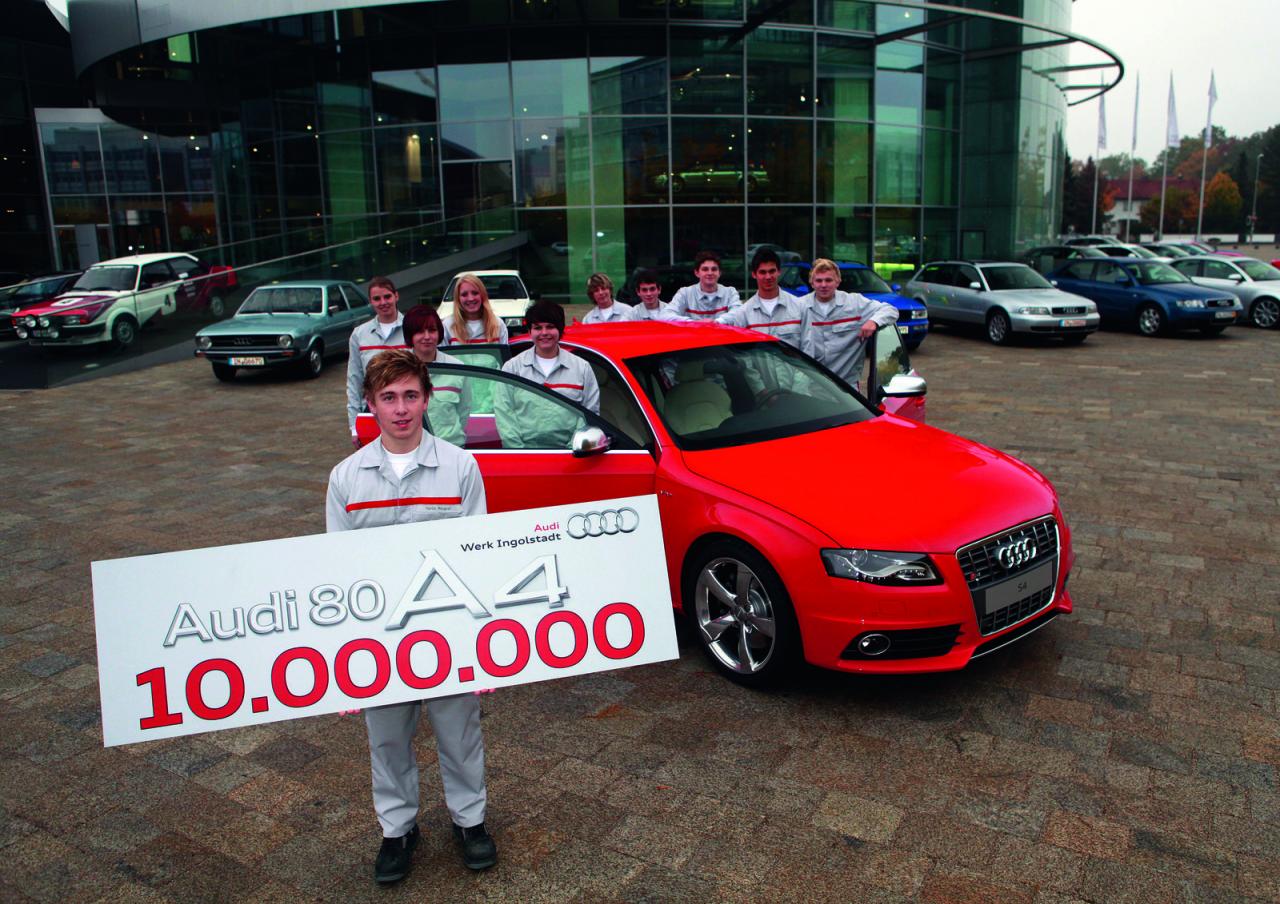 The Ingolstadt-based manufacturer rolled off the assembly line the ten millionth midsize model few days ago, the landmark vehicle being an Audi S4 Misano Red. Few months ago, namely in March, Audi also announced that the five millionth Audi A4 have been produced.

“Ten million midsize vehicles is an achievement which makes us thrilled and proud. Thanks to its sophisticated technology and excellent quality, the Audi A4 is our bestseller – winning over customers in every market since it was launched,” commented Frank Dreves, Board Member for Production. 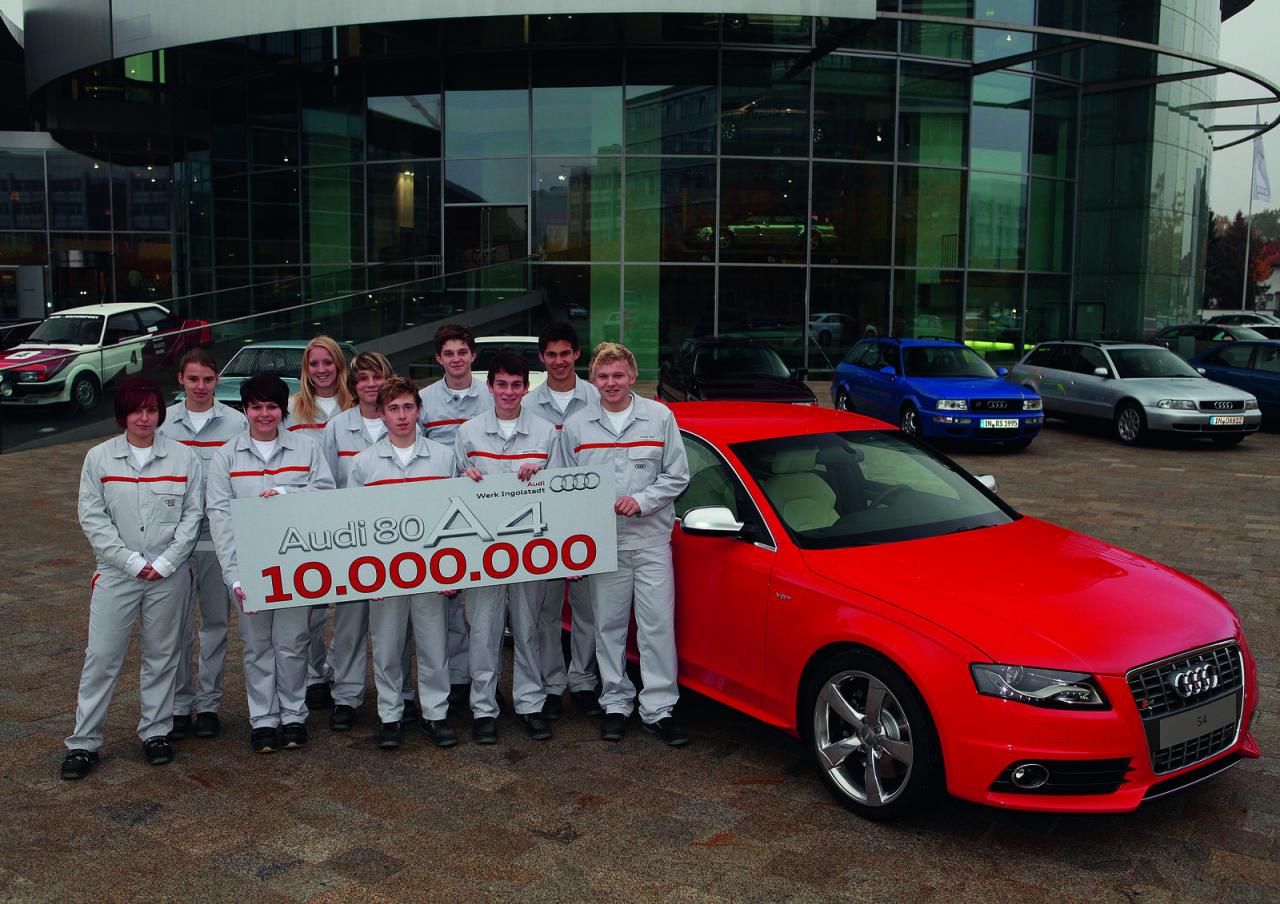 The fourth generation Audi A4 is offered in several versions such as the sedan, Avant, Allroad Quattro and the high-performance S4 sedan and Avant. The German manufacturer says that the future will bring even better news as they prepare the modified version of the A4 which will be unveiled soon.