The all-new 2017 Hyundai Elantra SR Turbo, long-rumored and debated, is slated to arrive this August, with the model to be caught on shots while undergoing some tests in Australia.

We are dealing here with a much sportier version of the present Elantra, the prototype joining the lineup and standing close to the Active and Elite versions soon enough.

As we can depict from the camouflaged spy shots, the 2017 Hyundai Elantra SR will also look sporty at the outside, the model coming with standout design trimmings, like tidy rear diffuser, boot lip spoiler, as well as an updated front bumper bar and intake trim with silver-accented fog light clusters. The rear end is also standing out with the new twin exhausts.

With the “SR” badge coming from “Sport” it is pretty obvious that it will pack good output and torque. The upcoming Hyundai Elantra SR Turbo will use the company`s latest 1.6-liter petrol turbocharged flat-four engine, with 150 kW and 265 Nm of torque, which is more than decent for a sporty version. The power is sent to the front axle via a standard six-speed manual or a seven-speed dual-clutch auto.

Inside, the cabin of the 2017 Hyundai Elantra SR Turbo will sport a two-tone leather seats with red accents and stitching, with the “Sport” logos embroidered. Other features refer to the high-end onboard functions. Customers wanting the model earlier than its official timing in Australia, can pre-order it in the upcoming months. 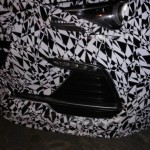 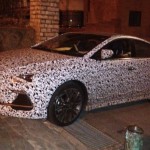 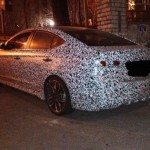 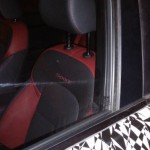