Home
Other News
Australia: This Is KTM`s New X-Bow GT with Impressive Sprint 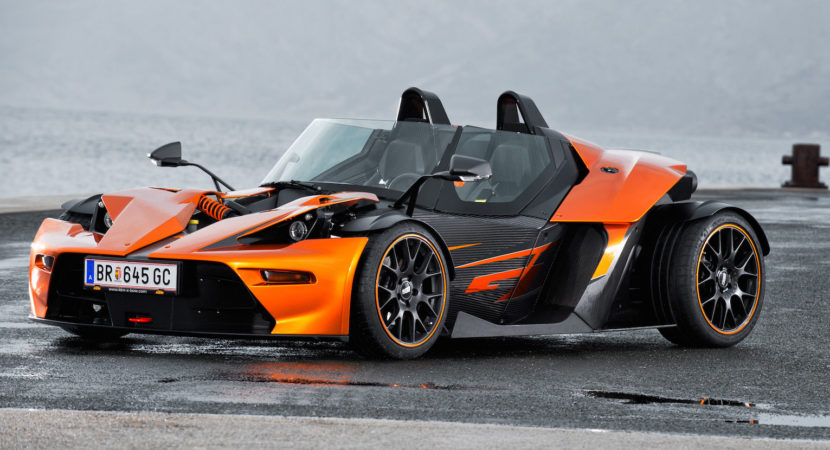 KTM is the Austrian carmaker that built the famous X-Bow R, a hardcore sports car capable of fast acceleration, increased downforce and impressive aerodynamics. However, the maker has recently announced the arrival of a more potent variant in Australia.

It is all about the X-Bow GT, much more expensive than the R`s price tag ($169,990) and coming with some pretty impressive characteristics.

It is based on the X-Bow R, however, according to the carmaker, it has been built to be driven without the helmet, meaning that it is extremely safe. And the car`s lowered ride height and massive wheels just confirm that.

It is built from carbon fiber materials which makes it lightweight. It also wears BBS lightweight wheels and features a frameless windscreen structure around the driver, including side windows as well. The driver is thus protected from the elements, especially at high speeds. There is also the optional “X-Top”, a kind of soft roof cover that keep you safe when it pours outside. The good thing is that the soft roof cover can be kept in the car.

There are also other important characteristics that should be mentioned, particularly since some of them are installed for the first time in an X-Bow model. We are dealing here with a windscreen wiper or a powerful heater system inside the cabin.

To increase the car`s aerodynamics and downforce, providing as well better stance and grip, the car`s exterior has also been enhanced with a full front bumper bar, modified front wheel arches, as well as the custom-built vented engine cover at the back. There is also the new pair of roll-over bars or the flat racing-like cover underneath the car. The diffuser at the rear and the front splitter also produce 100 kg of downforce at 200 km/h.

In the engine department, the KTM X-Bow GT features a 2.0-liter TFSI turbo-petrol flat-four cylinder engine which is derived from Audi models. It develops 220 kW and 420 Nm of torque with the help of an Audi six-speed manual transmission. This means that the sprint from 0 to 100 km/h is done in just 4.1 seconds. 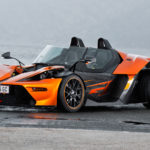 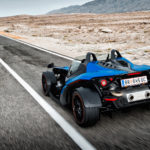