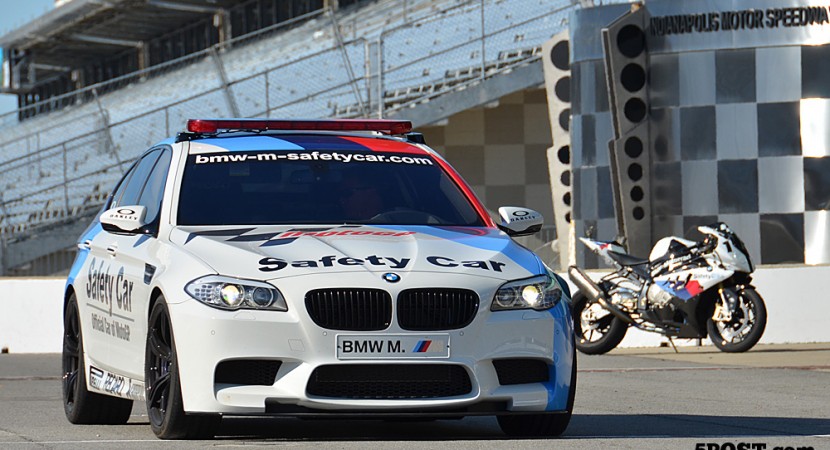 It’s a small part of why the M5 almost always gets rave reviews and it’s a big part of why it’s being criticized on some rare occasions. 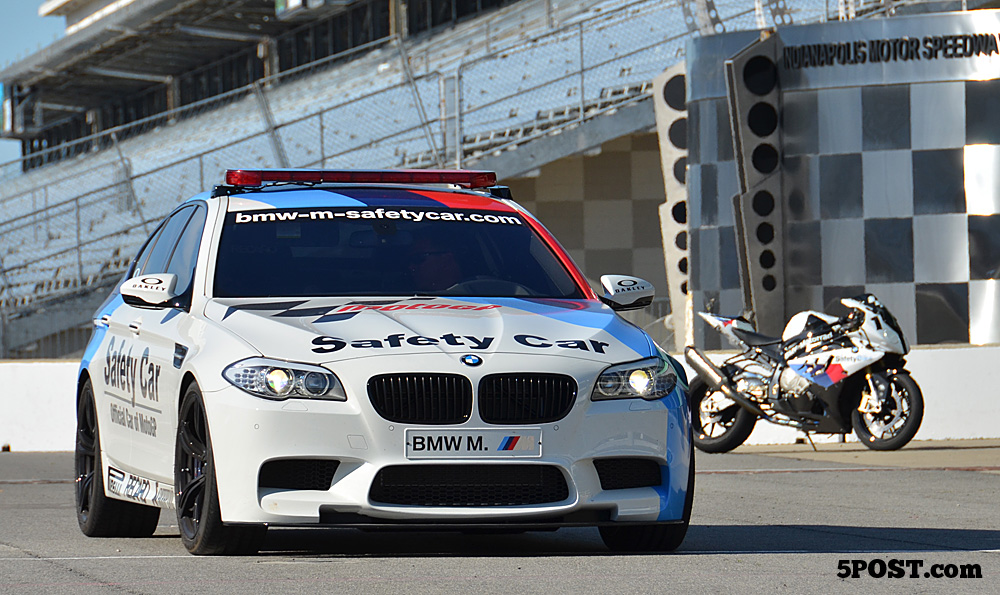 BMW may have built a sedan which can go like a supercar, but that’s not to say they don’t focus on the important aspects in life, such as… safety.

The Bavarians are keen on safety, which is why they’ve gotten their new 2012 BMW M5 registered as a safety car for the Indy MotoGP championship. 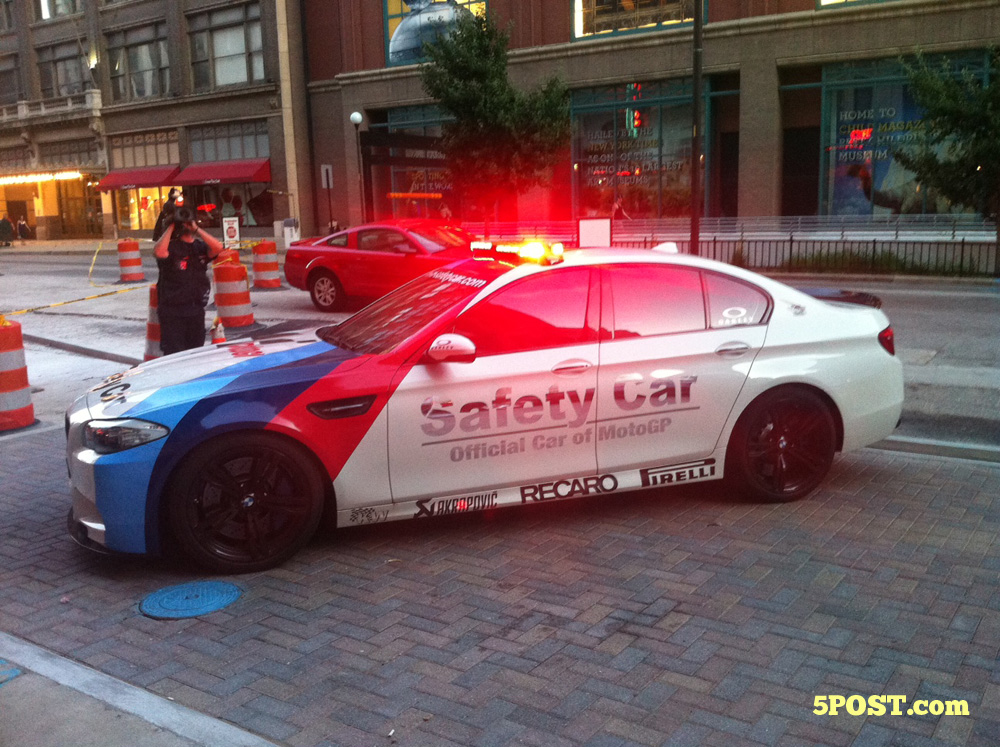 A full unveiling took place in Indianapolis raceway, the place that will be home, work and play for BMW’s M5 Safety Car all at once.

Sorry to disappoint but as far as I can remember, of all of the great technical innovations we’ve been introduced to by BMW’s M5, none of the leading ones were safety related. 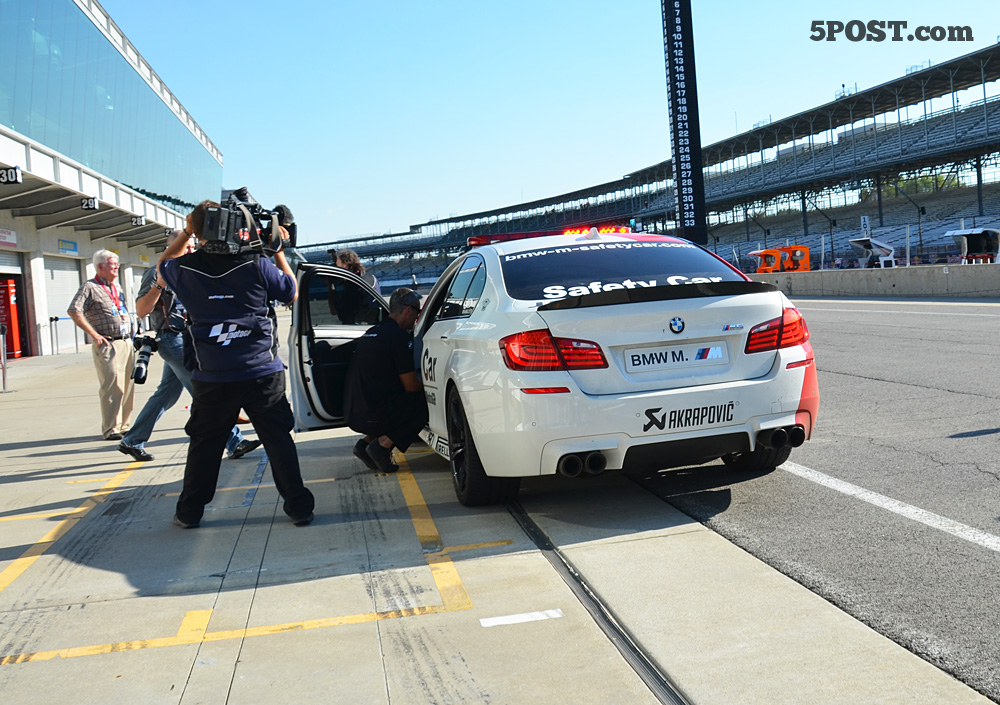 In order to make the BMW M5 ready for Safety Car duties, BMW did little more than fit a set of lights on the roof, paint it in their trademark racing livery and add a few sponsor decals on the side.

Underneath, some subtle changes may have occurred but there’s enough power in that twin-turbocharged 5.5 liter V8 engine for any occasion.