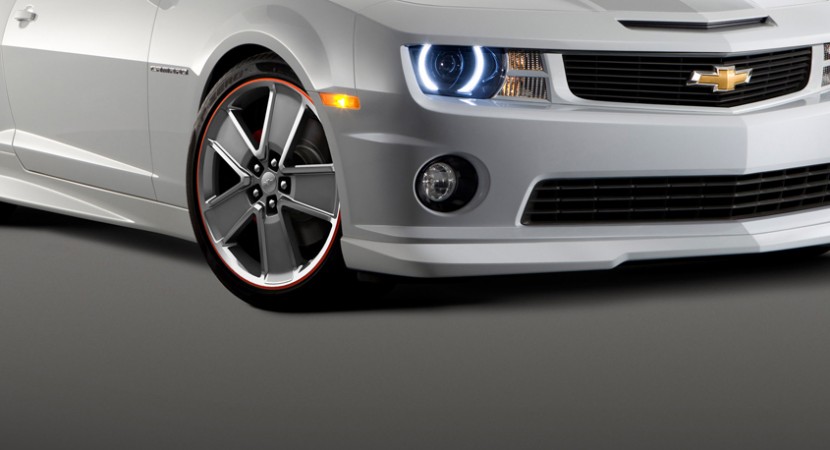 Americans from Chroma created a tuning kit for Chevrolet Camaro. The model debuted at SEMA Tuning Salon from United States of America. This time we talk about the house of tuning named Chrome, which created an aesthetic package seasoned with minor modifications to the engine. The first thing you notice about version Chroma’s Camaro is the paint, called Summit White. To the paint was applied also two silver stripes.

The 21-inch wheels have the central elements painted in silver and their margins of those have a red stripe. The appearance of this Camaro is completed by the Blade spoilers package, new front grille and spoiler applied to the trunk.

Rear wings have received a set of air slots which gives his Camaro more aggressive appearance. The interior of this model has received similar treatment, the seats are dressed in a combination of black leather and gray leather with red stitching. Chevrolet LS3 engine has been refined by the Chroma tuners by a sport admission, a sport exhaust gallery and a higher performance exhaust system.