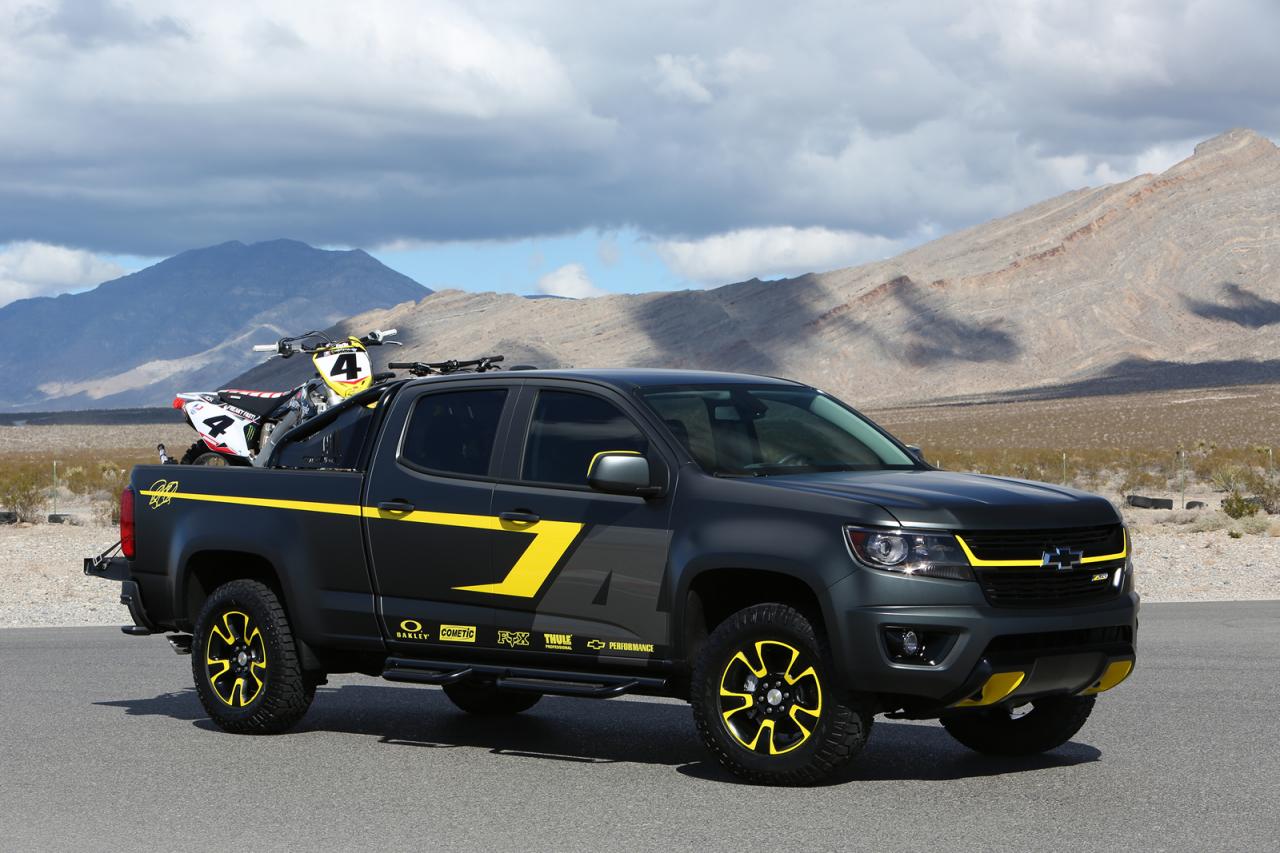 Chevrolet unveiled a new concept model designed to debut at the 2014 SEMA Show. We talk about the Colorado Performance concept, a special model built in partnership with Ricky Carmichael, a well-known motocross racer.

The American model stands out thanks to the grey exterior finish with yellow inserts, a new tailgate extender for carrying bikes as well as a revised mounting mechanism.

Regarding the exterior livery, the yellow graphics are actually representing Carmichael’s signature. The same yellow accents can be found on the new 17-inch alloy wheels and the front grille.

Last but not least, the Goodyear Duratec tires let you know that the model has some off-road capabilities too. Power is offered by a 3.6-liter V6 engine capable to deliver 305 horses and 364 Nm of torque.

Inside, the Chevrolet Colorado Performance concept gets embroidered headrests and yellow inserts. It remains to be seen if this concept will lead to a production model anytime soon.