As a custom bike builder, you get all sorts of requests, some unique, some mundane, and some simply insane. And since time is limited, you have to choose carefully which one you take on.

The guys from Wrenchmonkees received one request that stood out. And it came from a biker from Paris by the name of Timothee. His only request from the “wrench monkeys” was that his bike would not sport any chrome as he doesn’t like the shiny effect. From a choice of two bikes, a Kawasaki Z1000 or a Honda CB750, Timothee went with the latter, and from the looks of the bike, I am guessing he doesn’t regret his choice. Thanks to a Wiseco kit, the engine was taken to 836 cc, a full 100 cc more. A custom exhaust system was then fitted to the bike, in a beautiful black finish. The suspensions have seen some work too, being lowered 60 mm at the front and the back having installed new 300 mm shocks. 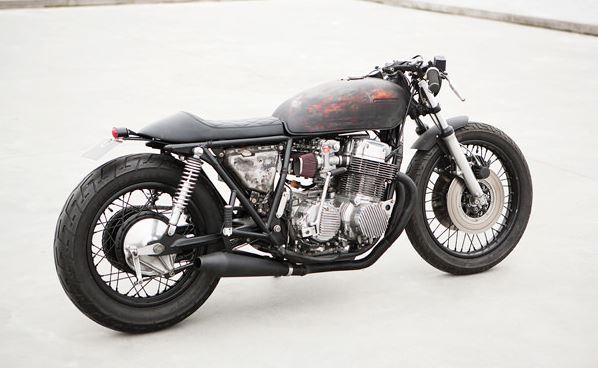 But the real craftsmanship can be seen in the body work. Wrenchmonkees installed a wicked fuel tank taken from a 1970 Suzuki, the seat is custom made and the new lights display a minimalist look. All in all, it is a beautiful machine… with no chrome. 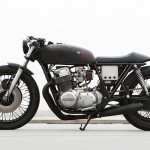 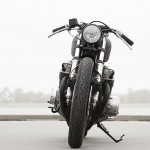 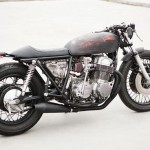 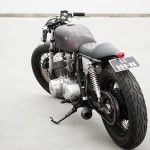