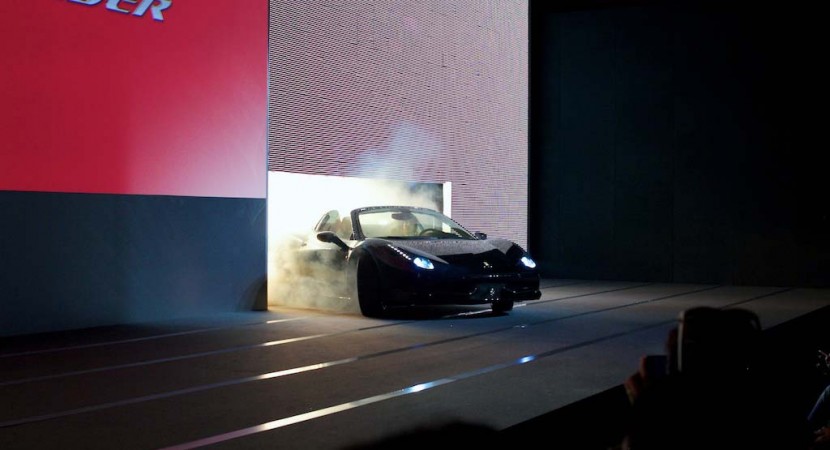 The home town of the Italian manufacturer had the opportunity to see the new Ferrari 458 Italia Spider before its debut at the upcoming Frankfurt Auto Show. The Italians from Ferrari decided to unveil their new supercar in front of the audience at an event held in Italy, even before its Frankfurt debut. 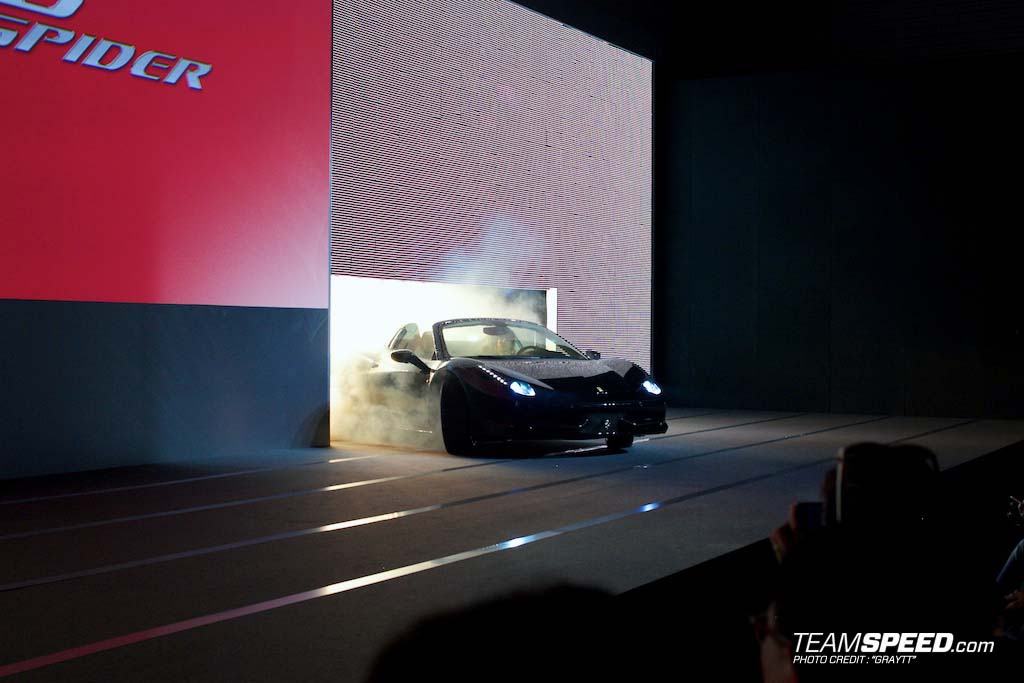 The new 458 Italia Spider is powered by a 4.5-liter V8 using direct-injection, an engine able to direct to the rear wheels a total of 570 horsepower and 540 Nm of torque. 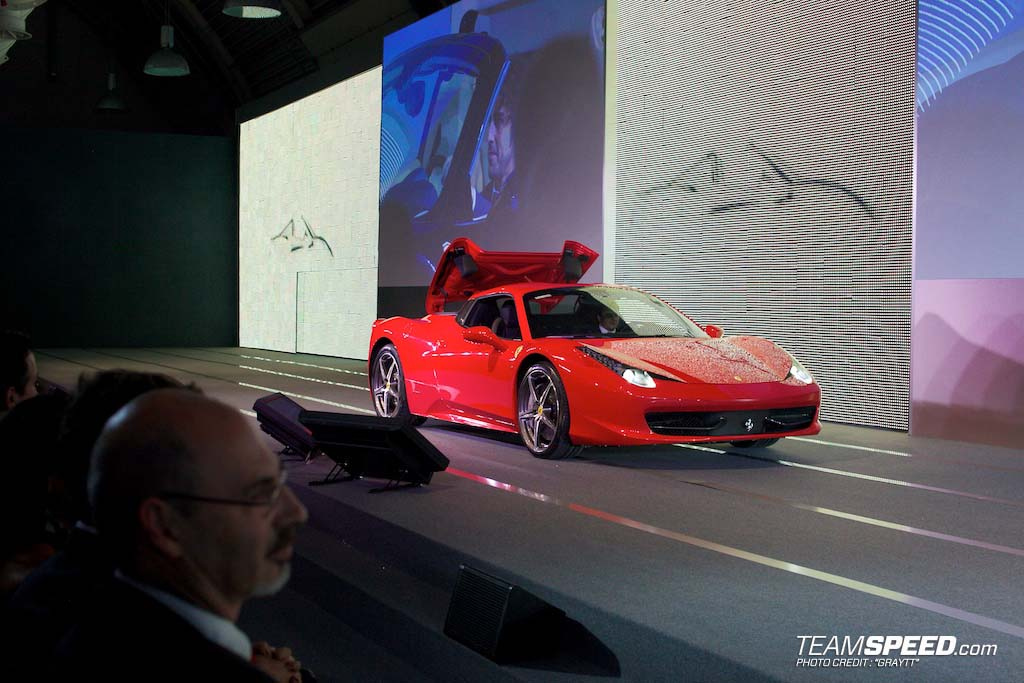 One special feature of the model is the aluminium retractable hardtop preferred over the traditional soft-top. The deployment time of only 14 seconds and its lightweight structure weighting 25 kilograms less are some considerably advantages, says the company. 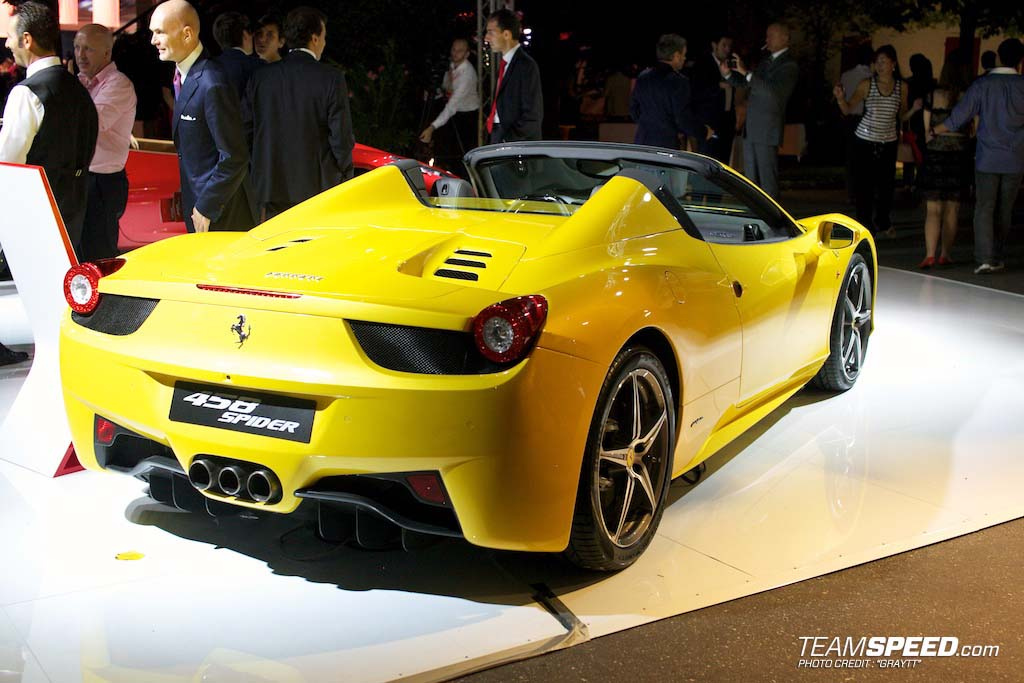 You can take a closer look at the new Italian model by viewing the photos but also watching the video below. Photo and video credits go to the people from Teamspeed who attended at the event in Maranello.