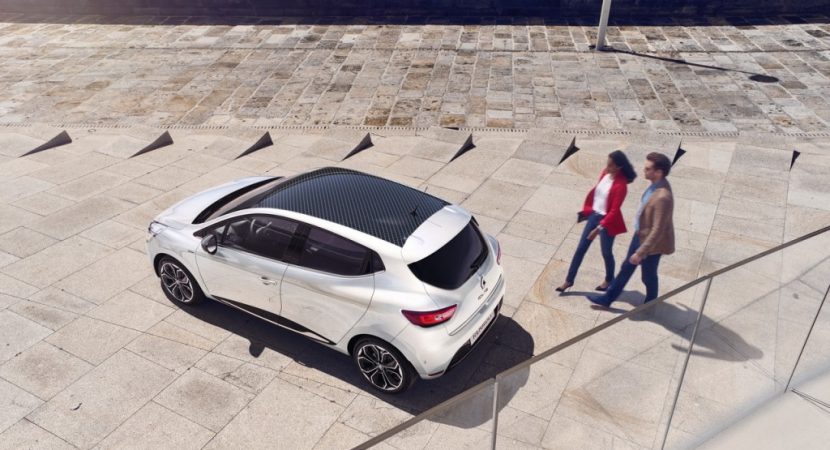 If we take a closer look at today`s generation of the Renault Clio, we have to admit that the model has made a giant lip from what used to be more than a decade ago. It comes with a complete new body styling language and improved features inside the cabin, not to mention the highly-improved engine lineup under the hood.

But Renault carmaker is not resting on its laurels and besides the newly introduced Clio facelift, it has also launched the special Clio Edition One in France. Once it will become available in dealerships later on, the Edition One hatchback can be had from 19,650 euro, with the wagon reaching 20,250 euro.

The Renault Clio Edition One in both its versions standouts from the crowd with pearlescent white with blacked-out roof, darkened rear windows, custom roof decals, updated side mirror caps as well as the one-off 17-inch black diamond-cut alloy wheels.

Inside, the cabin welcomes you with high-end materials, full-grain leather steering wheels, aluminum pedals, while the gadgetry refers to high-end six-speaker sound system, subwoofers, and much more.

Performance wise, the Renault Clio Edition One is available with the TCe 90 and TCe 120 gasoline turbocharged engines, followed by the dCi 90 and 110 diesels. The engines are equipped with a manual transmission in the entry-level, while the much more potent mills can be had with a dual-clutch transmission, or automatic.