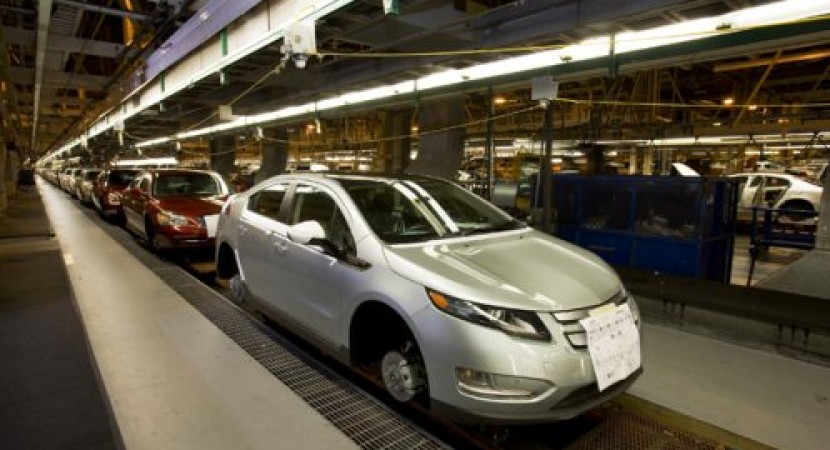 The Americans from General Motors announced that the first model to benefit from the Voltec system, Chevrolet Volt, is ready to enter production. More exactly, the American model comes with a 16 kWh lithium-ion battery able to offer a driving range between 40 and 80 kilometers. 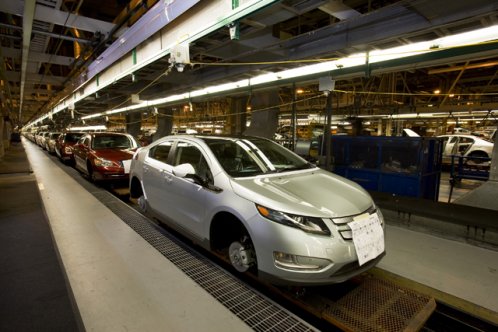 Chevrolet Volt is able to develop 150 horsepower and 370 Nm of torque while the sprint from 0 to 100 km/h is achieved in 9 seconds. According to General Motors officials and EPA, Chervolet Volt is able to offer a fuel consumption of just 3,92 liters/100 km.

The model entered the assembly line in Detroit, U.S., at the GM’s Hamtrack plant. The internal combustion engine got one clear purpose, it needs to take care of the lithium-ion battery and to keep it charged as long as possible. General Motors announced a price tag of about $40,000 for the new Chevrolet Volt and also the availablity of the model is pretty wide, the model following to be available in 7 worldwide markets.