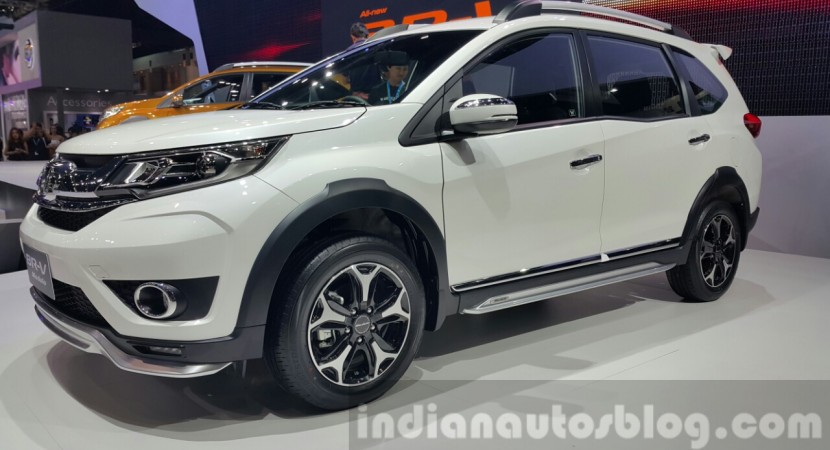 Previously introduced as a concept at the GIIAS a couple of months back, the Honda BR-V crossover has been recently unveiled at the 2015 Thailand Motor Show.

The Honda BR-V shares rather the same design as the concept, coming with a versatile body style, complemented by the projector headlights, LED daytime running lights, or the taillights with light-emitting diodes.

Since we are dealing here with a crossover with off-road capabilities, the Honda BR-V is also equipped with front and rear underbody protection, plastic body cladding at the front, side and over the wheel arches.

The cabin of the crossover is pretty wide to easily accommodate seven passengers and their luggage, and is fully tweaked with the latest safety features, like Vehicle Stability Assist, ABS with EBD, Hill Start Assist and more.

Moving under the hood, the Honda BR-V crossover packs a 1.5-liter naturally-aspirated four-cylinder i-VTEC engine, with 120 horsepower and 145 Nm of torque, hooked to a six-speed manual or an optional CVT, which send the power to the front wheels.

No performance figures nor the price tags have been yet confirmed, but we should be able to find out more when the model will be launched in Europe.