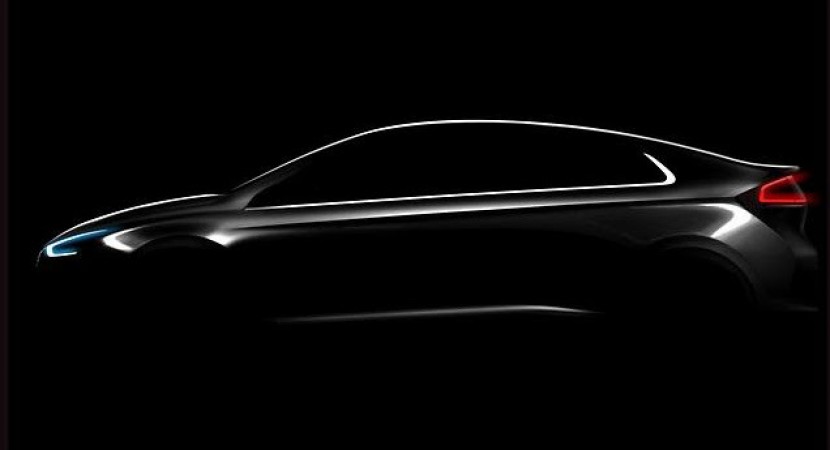 Hyundai is that close to unveiling the long-expected and rumored IONIQ hybrid model next January, but until then, the South Korean based carmaker is playing with us by launching a new teaser image with the model.

In case you were wondering why the “IONIQ” name, the carmaker was able to explain: “an ion is an electrically-charged atom, linking to the car’s clever combination of electrified powertrains”, the second part of the name references “the unique offering it brings to the Hyundai range”, while the Q is “acknowledging the fresh new approach of this advanced, low-emission model.”

We cannot depit much from the teaser image concerning any design details, but we should expect a five-door hatchback with a sleek design.

The full-electric version will be powered by an ultra-efficient lithium ion-battery, the PHEV will use the fuel-efficient energy with the battery, while the HEV`s power will be generated by gasoline and the on-board battery, which charges while the car is on the move.