A rare Lamborghini Veneno Roadster had a photo session at a shopping center, near Bologna, where a lot of people managed to admire its “alien” shapes.

The Lamborghini Veneno Roadster caught near Bologna, was first introduced last year, being considered one of the most expensive convertibles in the world, as the supercar costs around 3.3 million euros. For that money though, you will not have a roof over your head, as the Veneno Roadster supercar only comes with a rollover bar for improved stability. 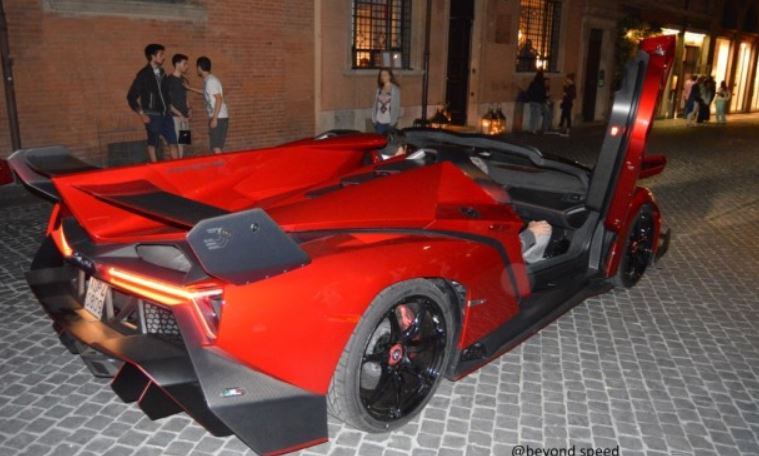 But in terms of power, the Lamborghini Veneno Roadster is indeed impressive, as it is equipped with the famous 6.5-liter V12 engine, also found on the standard Aventador.

Thus, the massive unit develops a total of 750 horsepower (552 Kw) as it is hooked to an ISR transmission with five selectable modes that sends the power to all wheels.