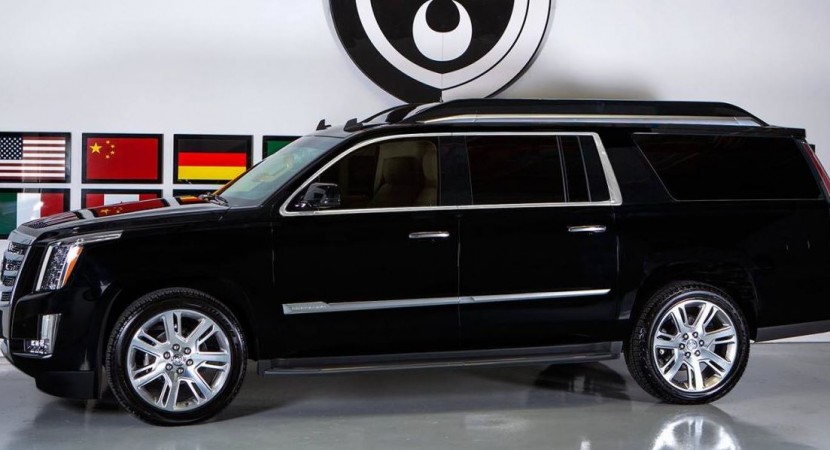 The guys from the Lexani Motors division has released their newly creation in a video, which is the high-end and luxurious Cadillac Escalade Concept One.

The craftsmen from the Lexani Motors deal with the designing and the production of bespoke parts, with the 2015 Cadillac Escalade to sport a rather non-impressive exterior.

Inside the Escalade Concept One SUV however, things are completely different, as Lexani Motors have managed to pay attention to every detail and fitted the cabin with state-of-the-art features, complemented by the Perimeter armor.

More than that, at the back seats, the cabin is also coming with a “two six-way power executive seats”, all wrapped in Italian leather, with heating and massage.

The lucky passengers sitting there, will also benefit a 40” Samsung LED Smart TV, 7” video monitor stations, iPads for functions, as well as a “Maybach” roof.

The Lexani Motors Cadillac Escalade Concept One SUV will not come cheap, standing high at a rough $320,000.