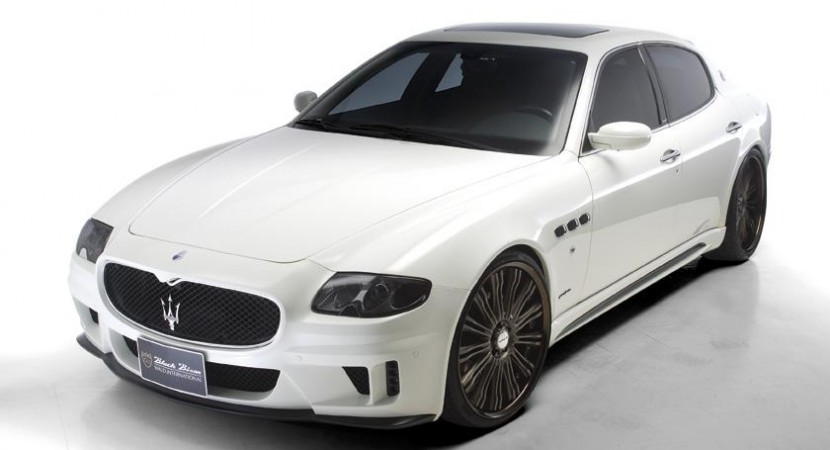 Some of Maserati’s fans must be working for the Japanese luxury tuner which calls itself Wald International because they’ve got a special new creation. 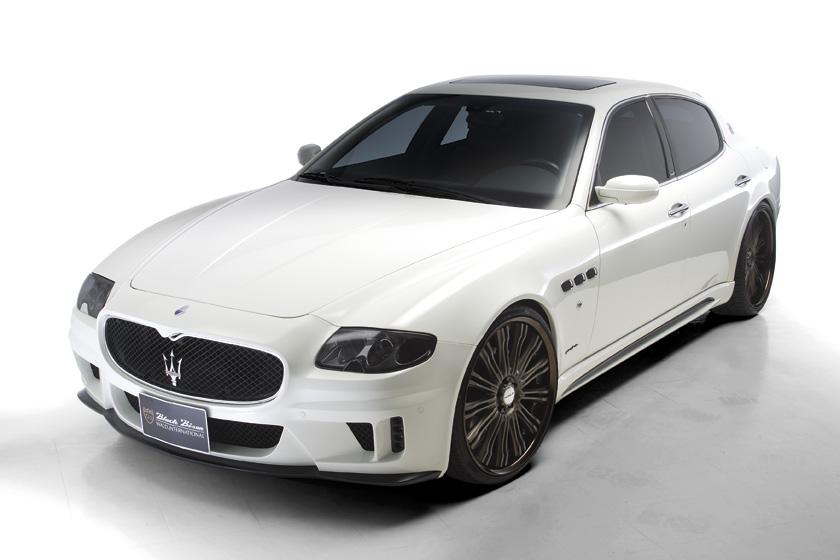 The new car Wald International turned into a Black Bison offering is the Maserati Quattroporte.

The most beautiful and most imposing four door super sport saloon out there, the Italian four door supercar has been handed over to some Japanese with ricing still in their veins.

While I will appreciate how Wald International has kept away from giving this Black Bison a paint finish that’s black, I really hate the way they made it white with black accents. 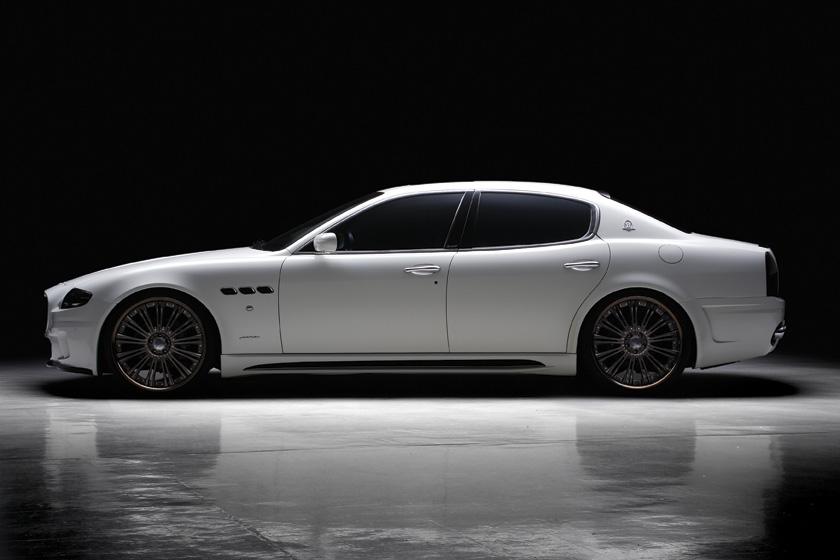 Color scheme aside, all of those fluent and lovely lines now have some sort of interference. There is a new bootlid spoiler and another one which is mounted on the roof.

The sideskirts are now something that stand out and crease instead of being something elegant to complete the shape.

And then there’s the massive wheels and the lights they ruthlessly altered on the original Maserati Quattroporte’s design. 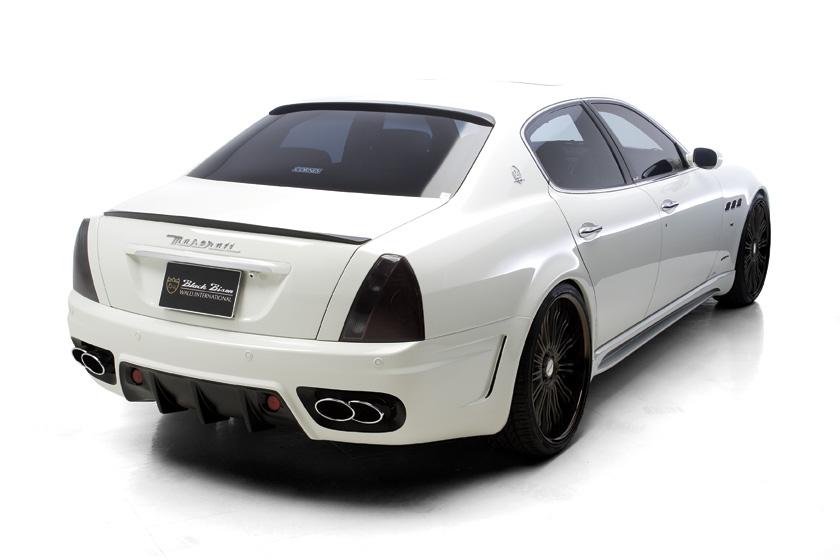 Wald International has blacked out both the headlights and the tail lamps and then added some LED daytime running lights to further destroy the Quattroporte in making it a Black Bison.

To be fair, nothing is worth it on the Maserati Quattroporte and I think this time Wald International went too far. Rice is fine on a Lexus or Bentley which tend to appeal to people with a lack of taste.