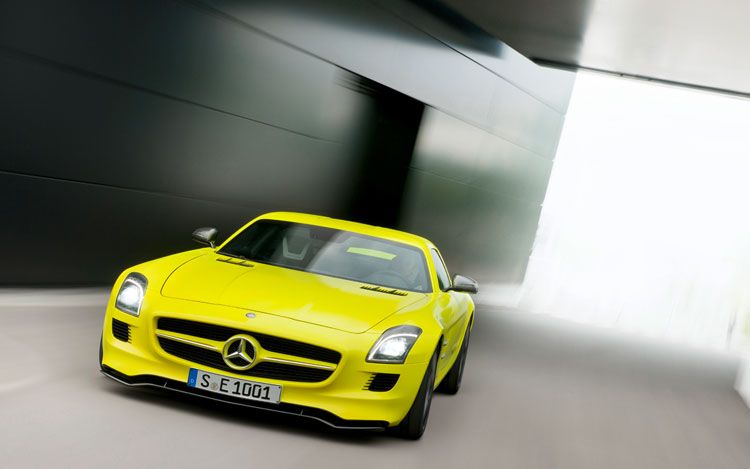 It would seem like it was just yesterday that the Mercedes-Benz SLS AMG was leaving the drawing board and entering production and already the eco-mentalists have gotten to it.

To be frank, Mercedes unveiled their plan for an all electric version of the SLS AMG nearly a year ago but every single time I see one of these cars I feel the need to blame somebody else for ruining it.

Meet the Mercedes-Benz SLS AMG E-Cell Prototype which is powered entirely by electricity. On good thing about the sound of this car’s innards is the fact that it has four engines placed near the wheels. So, four engines, all wheel drive and loads of torque available from 0 rpm.

The 571 horsepower developed by the 6.3-liter V8 petrol engine in the “normal” SLS AMG sound amazing but what these four electric motors provide is almost as impressive at 526 horsepower and a maximum torque of 649 lb-ft.

The “fuel tank” of the E-Cell version of the Mercedes SLS AMG is provided by a 400-volt, liquid-cooled high-voltage lithium-ion battery pack that can be recharged under braking. The battery modules are located in front of the firewall, in the centre tunnel and behind the seats, with Mercedes claiming that advantages of this solution include the vehicle’s low centre of gravity and the balanced weight distribution.

Mercedes’ solution for the battery, the lack of modification to the aluminium spaceframe, the immense power and those looks might just make the car a viable solution. Maybe if it comes with a CD of V8 noises I’d get tempted to like it. 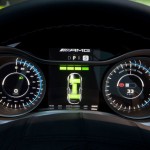 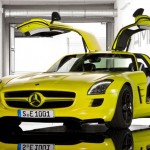 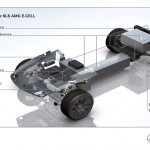