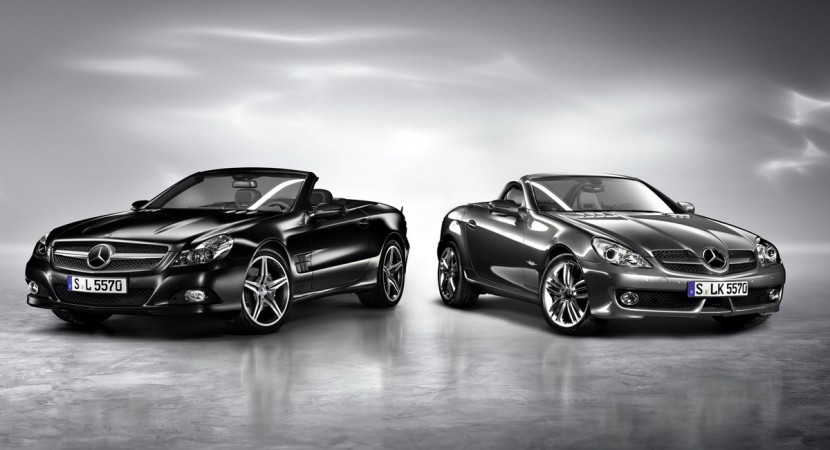 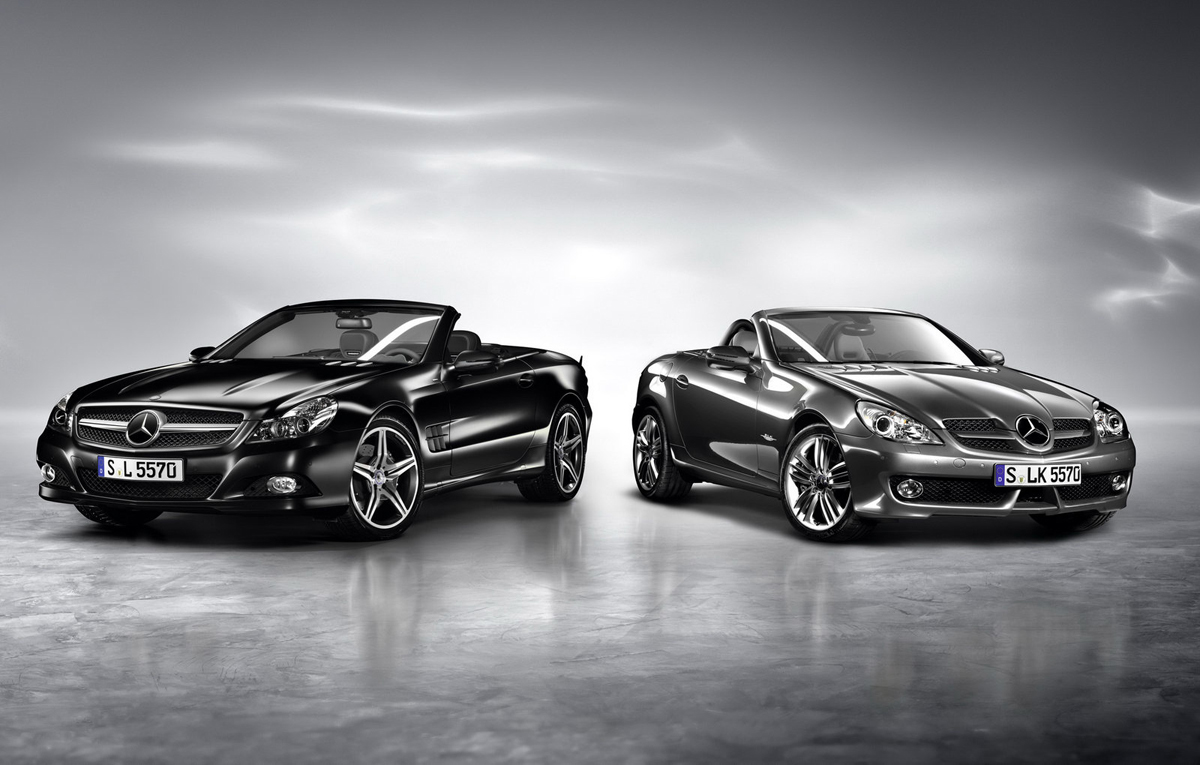 Mercedes-Benz offers two special editions of the SL and SLK. The couple of versions benefit of ornaments and special materials, and exclusive shades of colors. Mercedes-Benz launched a special edition of SL and SLK models. They were called Night Edition and Grand Edition, and benefit from many additional elements inside and outside. Both special edition benefits from a designo shade of paint, SL receives the magno night black shade and SLK received graphite shade.

Mercedes SL Night Edition benefits from AMG 19-inch five-spoke alloy rims. Wheels of this model are finished in two tones, which are emphasized by a highly polished lacquer. Optical blocks received a black background, and the taillights received a obscure trace. Seams of the seats are made with red thread and have an arrow-shaped embroidery.